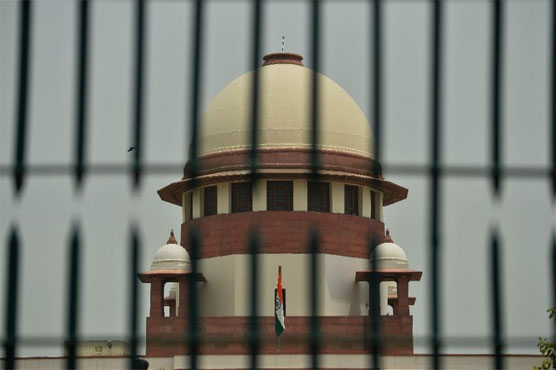 The girl’s pregnancy was only discovered recently after her parents took her to hospital.

NEW DELHI (AFP) - Doctors on Wednesday will examine a 10-year-old raped by her uncle as India’s top court considers whether she should be allowed to have an abortion despite strict laws.

The girl’s parents went to the Supreme Court after their appeal to abort the 26-week foetus was rejected by a lower authority, despite warnings her body was not ready for childbirth.

Indian law does not allow medical terminations after 20 weeks unless there is a threat to the mother’s life.

But the Supreme Court agreed to hear the appeal, ordering doctors to conduct a medical examination and report back before a ruling is given on Friday.

The girl’s pregnancy was only discovered recently after her parents took her to hospital complaining of stomach pain.

In many cases, the women only discovered they were pregnant when late in their term.

In May the top court allowed a 10-year-old rape victim from the northern state of Haryana to abort her nearly 21-week foetus.

A UN Committee on the Rights of the Child in 2014 said one in three rape victims in India was a minor and expressed alarm at the widespread sexual abuse of children.

Almost 50 percent of the abusers are known to the victims.

Sex -- whether consensual or otherwise -- with a person aged below 18 is considered rape in India.