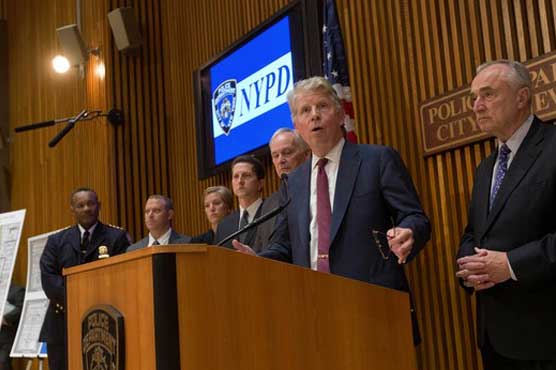 The gangs in some cases recruited members as 10 and 14 to carry out violent crimes authorities said.

The 103 indictments capped a 4.5-year investigation.

Many of those charged were taken into custody Wednesday.

"The deadly and dangerous feud between the Manhattanville and Grant Houses dates back decades," Vance said.

"In the last four years, it has escalated into a bloody turf war marked by violence for the sake of violence."

He said prosecutors and investigators analyzed more than 40,000 prison calls, screened hundreds of hours of surveillance video and reviewed more than a million pages of social media exchanges.

The gangs in some cases recruited members as young as 10 and 14 to carry out violent crimes, authorities said.