He is popular for the way he celebrates a wicket as he tries to replicate the bomb blast effect.

LAHORE (Web Desk) – Pakistani pacer Hasan Ali on Saturday while attending the flag lowering ceremony at Wagha border along with other teammates performed his signature bomb blast celebration right in front of the Indians.

As the impressive flag lowering ceremony started, Hassan Ali walked through the path and went very close to the gate where the soldiers were parading and then performed his bomb blast signature celebration.

He is popular for the way he celebrates a wicket as he tries to replicate the bomb blast effect.

The Pakistan Rangers and the Indian Border Security Force who guard their respective territories take the flags down on either side and close the gate with a parade and following the retreat ceremony.

Pakistan cricket team is preparing for their tour to the United Kingdom where they will play a Test series against Ireland and then England.

Hundreds of other people from all walks of life also thronged to see the impressive flag-lowering ceremony at Wagah Border and express love with their motherland.

The air echoed with the slogans of ‘Allahu Akbar’ ‘Ya Rasool Allah (PBUH)’ ‘Pakistan Zindabad’ and ‘Jevay Jevay Pakistan’.

Stringent security arrangements were made by Pakistan Army and Rangers to tackle any unpleasant situation. 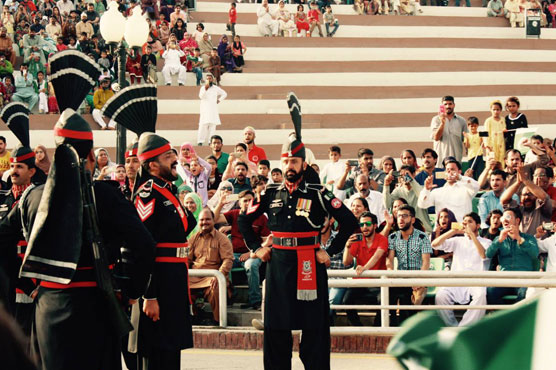 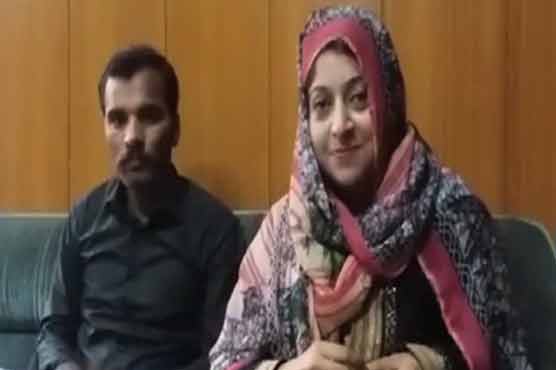 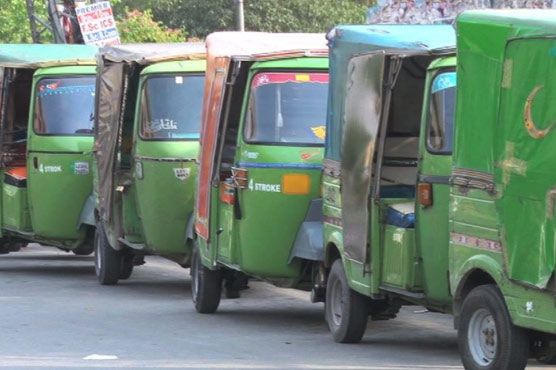 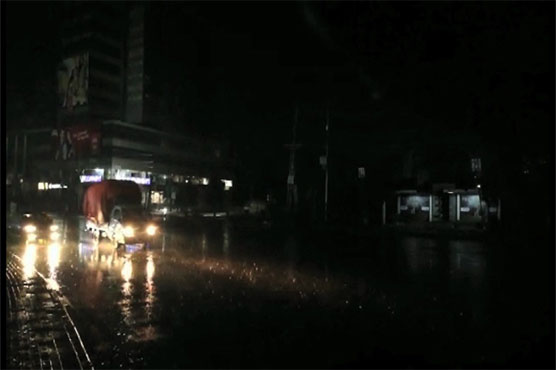