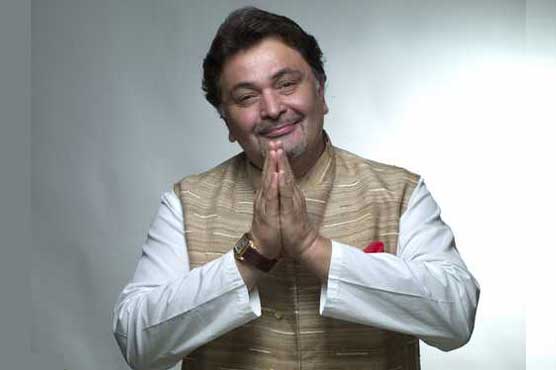 LAHORE: (Web Desk) – Indian actor Rishi Kapoor has finally laid down arms and accepted the defeat, congratulating Pakistan over historic victory against India in the Champions Trophy final on Sunday.

Yes Pakistan, you have defeated us. Well played, outplayed us in all departments. Many congratulations, I concede. Best wishes!

Rishi Kapoor had sent some provocative tweets ahead of the final, saying ‘Baap khel raha tumhare saath’ (your father is going to play with you) in a message to Pakistan Cricket Board (PCB).

Kapoor had come under heavy fire from Twitterati in Pakistan and had come to discuss cross-border terrorism and diverting the conversation to political matters.

He had responded to a few Pakistani tweeps later as well. Adeel Hashmi was one of them. He went on to tweet the cartoon made by Pakistani cartoonist Sabir Nazar for Samaa TV and appreciated the art, saying that he had said those hateful things over ‘too many provocations’.

Huzoor  He who laughs last, laughs longest . Congrats on winning the Semis. All the best for the Final. May the best team win! Pak Zindabad

Yes that s the way. Good luck yo you ! May the best win. https://t.co/CRXPxUuY6Z

Good one Sabir Nazar! Too many provocations made me say things. Anyway it s become too complicated now so forget it. May the best team win! pic.twitter.com/VGNZPnMxvU

Kapoor had his hopes as late as Hardik Pandya’s late outburst when he sent Shadab and other spinners for big sixes late in the Indian innings but eventually gave up when the last Indian wicket also fell for 158 and Pakistan registered a historic win over the arch rivals in a major ICC tournament.

Hard ik is our Fakhar! Lol