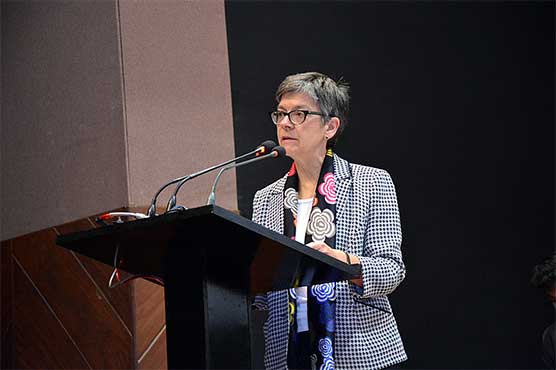 Margaret Adamson expressed her views in a press conference at her home.

Margaret Adamson expressed her views in a press conference at her home after a ceremony was held there on the occasion of Australia Day in spring. Pakistan s Minister for Commerce and Member National Assembly (MPA) Khurram Dastgir also participated in the event.

Australian High Commissioner said that trade between Pakistan and Australia is expanding quickly and its volume has increases up to A$1.60 billion, which still has the capacity to expand.

Khurram Dastgir said that relations between both countries are wonderful in all departments. The minister expressed felicitations to Margaret Adamson on Australia Day in spring on behalf of Prime Minister (PM) Nawaz Sharif and said cultural heritage will further strengthen the relations of Pakistan and Australia.

National anthems of both countries were played on the occasion and a special cake was cut.