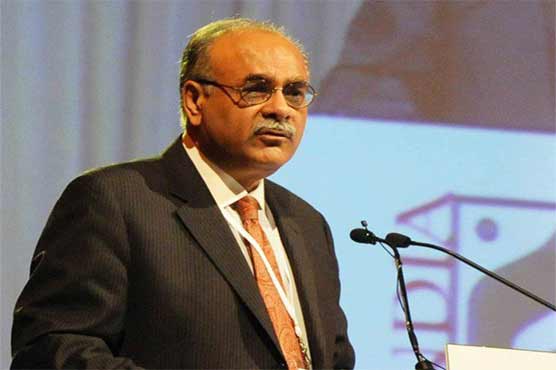 All boards, including ICC, have their own process of punishing offenders, says Najam Sethi

LAHORE: (Dunya News) – Pakistan Super League (PSL) chairman Najam Sethi has on Tuesday said that Federal Investigation Agency (FIA) had only been asked to verify mobile data and that cricket boards had their own rules of punishing offenders, reported Dunya News.

Talking on Dunya News program ‘Nuqta-e-Nazar’, Najam Sethi rejected the rumours of collision between PCB and FIA. However, he reiterated his stance on the occasion, saying that the investigation agency had been asked to verify mobile data while rest would happen according to the rules of PCB. He said that all boards, including International Cricket Council (ICC), had their own processes to punish offenders.

Najam Sethi said that all boards had their own rules and PCB must also be allowed to take its course. The idea to limit the investigations seems to be in contradiction with the slogans of zero tolerance for corruption and ridding cricket of the menace.