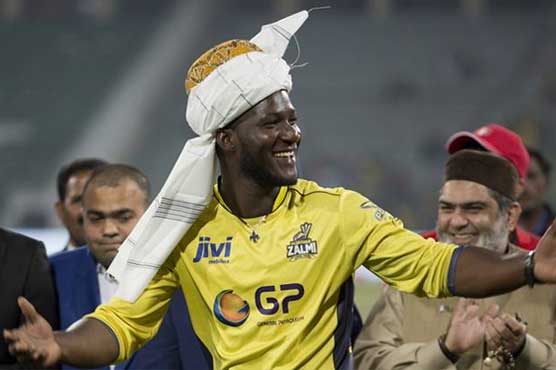 Javed Afridi has revealed while talking to media that Darren Sammy keeps good knowledge regarding Islam, and is further studying the religion.

Zalmi owner also declared it a big achievement for himself that the star all-rounder is showing interest in Islam. He also requested everyone to pray for Sammy’s conversion.

It is pertinent here to mention that Darren Sammy captained Peshawar Zalmi in second edition of Pakistan Super League (PSL) and won the championship as well.

Apart from professional relationship, Darren Sammy is also a good friend of Javed Afridi and Pakistan’s super star Shahid Afridi. It was Shahid Afridi himself who had handed over the captaincy of Peshawar Zamli to Darren Sammy. Shahid Afridi had led the squad in first edition of PSL.

Javed Afridi remained successful in bringing Darren Sammy and other overseas players of his team to Pakistan for the PSL final that was played on March 5 at Gaddafi Stadium Lahore, and Sammy was the most popular foreign player that became a part of PSL final.

Only time will tell how successful will the Zalmi owner remain this time in his efforts to convince Darren Sammy to accept Islam.

Sarfraz's performance is exemplary for all: Kamran Akmal