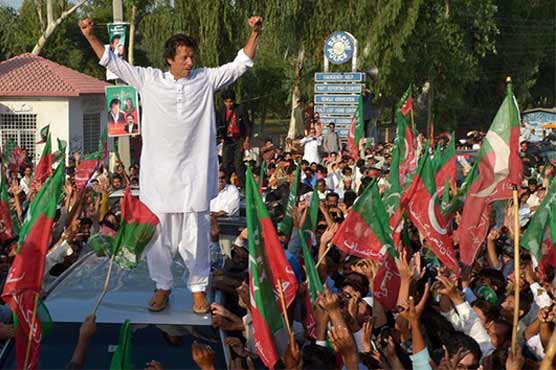 ISLAMABAD (Dunya News / AFP): Election Commission of Pakistan (ECP) has announced final results of all the constituencies of the national and provincial assemblies on Saturday, more than 56 hours after the conclusion of voting for the 2018 General Elections in the country.

Khan’s party has begun reaching out to potential coalition partners to form a government, according to spokesman Fawad Chaudhry, a task that analysts said should be straightforward.

"We have contacted small parties and independent members, they will soon meet party leaders in Islamabad," Chaudhry said late Friday.

A PTI representative later added that the party was hoping to form a government within two weeks before Pakistan’s independence day celebrations on August 14.

"We expect that Imran Khan will take the oath as a prime minister before August 14," PTI representative Naeem ul Haq told reporters Saturday.

Haq’s comments followed an announcement by rival parties a day earlier vowing to launch a protest movement, after foreign observers voiced concerns about the contest.

NUMBER OF SEATS REQUIRED TO FORM FEDERAL AND PROVINCIAL GOVERNMENTS 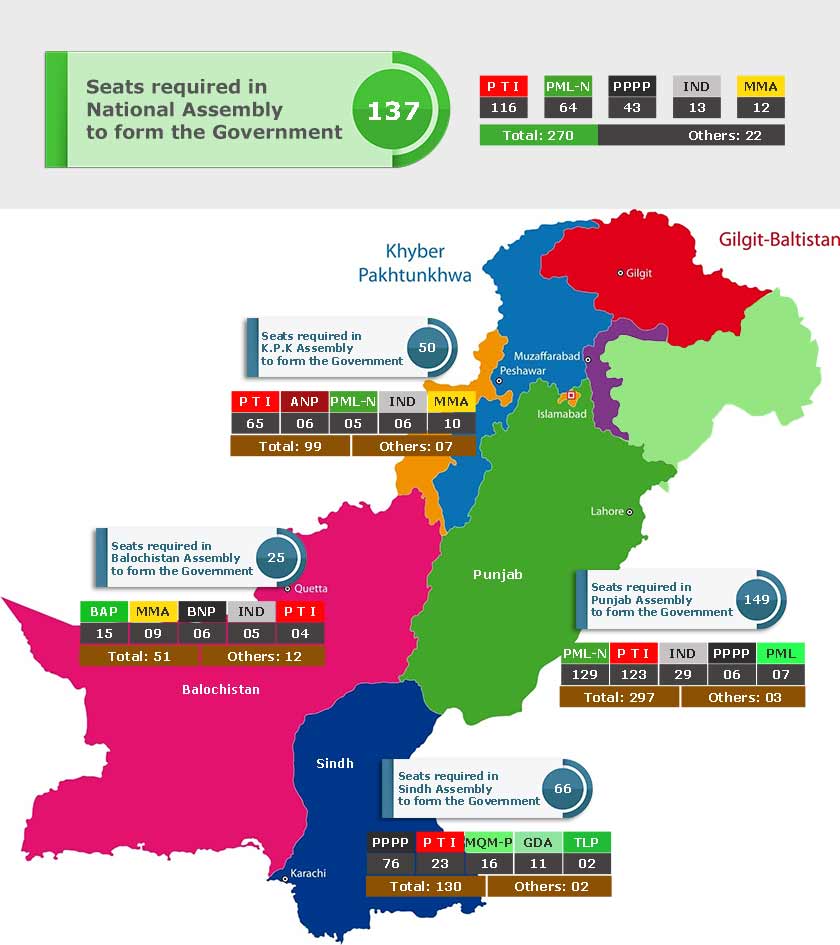 ALSO READ: Top 10 political parties: Who gained how many votes

Khan claimed victory in a wide-ranging address to the nation Thursday.

He vowed to tackle corruption and touched on promises to balance relations with the US, while saying he was open to discussions with arch-rival India, including over the disputed Himalayan territory of Kashmir.

Khan will face myriad challenges, including militant extremism, an economic crisis with speculation that Pakistan will have to seek a bailout from the International Monetary Fund, water shortages and a booming population. 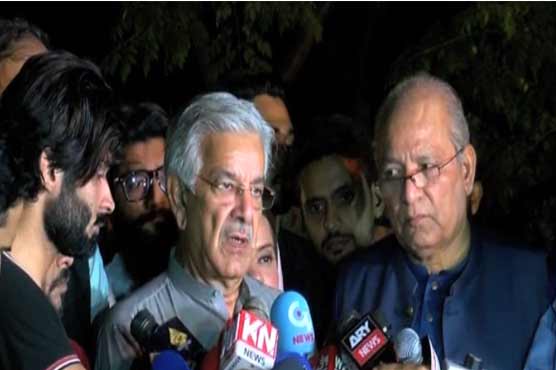 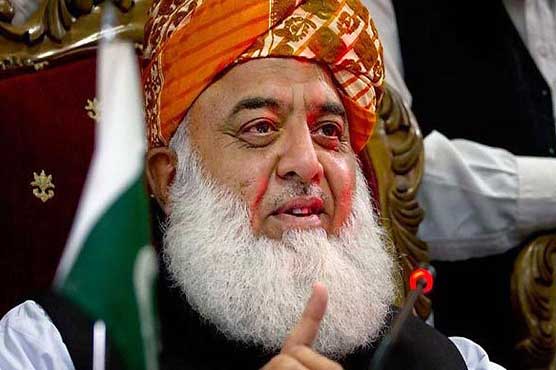 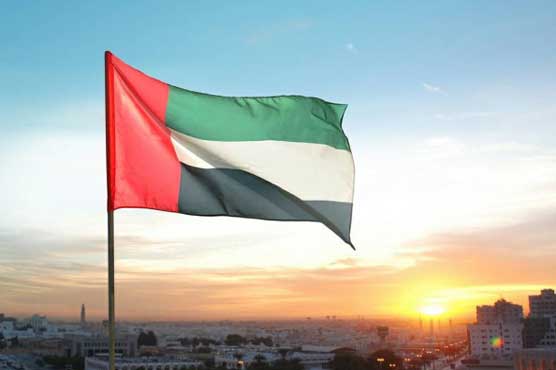 BAP yet to finalise candidate for Balochistan CM slot