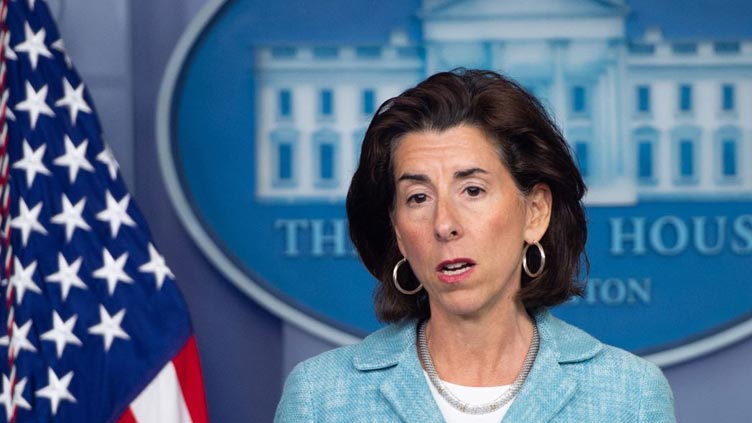 Massachusetts (CNBC) - Commerce Secretary Gina Raimondo said on Wednesday that it’s now clear to US officials that China -- once considered a possible economic and political ally -- has become an emerging threat to national security, US companies and American workers.

“Over the past decade, China’s leaders have made clear that they do not plan to pursue political and economic reform and are instead pursuing an alternative vision of their country’s future,” Raimondo said in a speech at the Massachusetts Institute of Technology.

“China’s reprioritization away from economic growth toward national security and its assertive military behavior means that we have to rethink how we protect our national security interests while also promoting our interests in trade and investment.”

Raimondo said Chinese leaders have made it apparent over the last decade that “increasing the role of the state society and economy,” “constraining the free flow of capital” and “decoupling in technology areas of the future” is more important than political and economic reform.

“Probably most disturbingly is they’re accelerating their efforts to fuse economic and technology policies with their military ambitions,” Raimondo said. “And as China’s economy has grown in size and influence, so too, has its commitment to using nonmarket trade and investment practices in ways that are forcing us, compelling us, to defend United States businesses and workers and those of our allies and partners.”

Raimondo said China is attempting to game the global system by stacking Chinese representatives on international technology standard-setting bodies to promote the country’s values and spread its influence. She said it undermines good governance, puts U.S. companies at a disadvantage “and puts at risk many of our fundamental values, such as the free flow of information and data privacy.”

Raimondo’s speech comes about two weeks after President Joe Biden met for about three hours with Chinese President Xi Jinping before the G-20 summit in Indonesia where he objected to China’s growing aggression to neighboring Taiwan. The leaders pushed for a bilateral relationship amid rising tensions due to China’s intimidation of Taiwan.

Strict measures were implemented under the CHIPS and Science Act, signed into law by Biden in August, to ensure research and innovation investments “can never be used to benefit China’s military,” said Raimondo. The administration fears that semiconductor chips used to manufacture military equipment could be used against the U.S.

In October, the Biden administration imposed export restrictions on semiconductors manufactured in China by U.S. companies. The Commerce Department also issued license restrictions on the export of certain chips that can be used in modern weapons systems and barred U.S. citizens from working for China’s chip manufacturing industry.

Raimondo said the U.S. government seeks to outcompete China in shaping the global economy and defend against an “increasing and emerging array of practices” aimed at U.S. workers and businesses and posing a threat to national security.

“China today poses a set of growing challenges to our national security,” she said. “That is a fact. It’s deploying its military in ways that undermine the security of our allies and our partners and the free flow of global trade.”

But Raimondo also acknowledged that the U.S. benefits from the over $750 billion annual trade market with China, which is America’s third largest export market. Exports support over 750,000 American jobs among large and small industries, she said.