How to design a formula to pay for climate loss 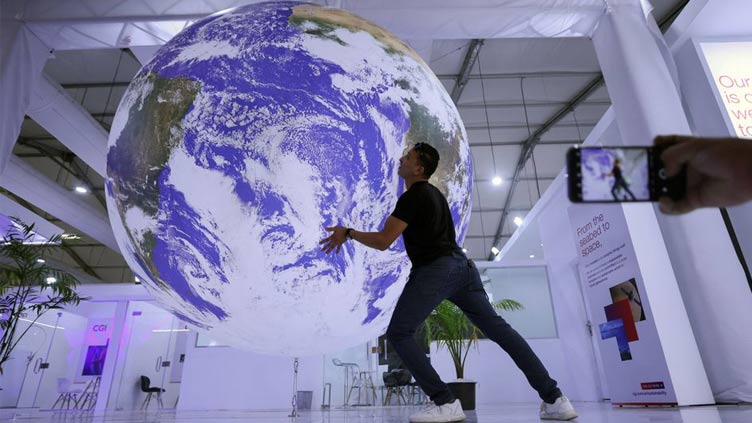 How to design a formula to pay for climate loss

Let's imagine the committee was concerned only with pinning the costs.

LONDON (Reuters) - There will be no joy if countries get help for climate damage from a fund promised at COP27, but the planet still fries. This is why the recent United Nations climate conference in Egypt ended with a lot of hand-wringing. The European Union, in particular, had hoped to tie together the two issues of fighting climate change and supporting countries which suffer disasters, but failed.

It’s not too late. The key is to design a formula with the right incentives. The basic principles should be that carbon polluters pay less into the fund if they cut carbon emissions - and those who suffer damage receive less if they don’t reduce theirs.

So far, the new fund is pretty much a blank slate. There is no decision about how to prove damages, or how big the fund will be. Answering those questions will involve a lot of diplomatic wrangling. The main decision at COP27 was to establish a committee, which will propose a solution by COP28, next year’s UN conference in Dubai.

Let’s imagine the committee was concerned only with pinning the costs on the biggest polluters and creating the best incentives to save the planet - and didn’t have to worry about how to extract money from recalcitrant governments. What formula would it propose?

One of the first questions would be how far back to measure carbon pollution. Some observers think one should go all the way back to 1750, at the dawn of the industrial revolution.

But the big polluters from the 18th and 19th centuries, such as the United Kingdom, think that is unfair. They have a point. Countries didn’t know then that carbon emissions were going to damage the planet. What’s more, about half the carbon in the atmosphere vanishes after 30 years.

One compromise could be to look at the emissions of carbon dioxide and other greenhouse gases since 1992. That is when the Rio Earth Summit agreed the first UN treaty on climate change. It was the moment when the international community formally recognised the problem.

It wouldn’t be fair to look just at a country’s emissions in absolute terms. An adjustment has to be made for population. For example, India is the fourth equal largest polluter since 1992, but it has emitted much less per person than most countries.

One way of accounting for this would be to say countries should pay into the fund to the extent that they have polluted more than the global average on a per capita basis. Call this a country’s “above average emissions“.

When you run the numbers from 1992 to 2019, America is the biggest polluter, responsible for 44% of all the “above average emissions”. So under the formula, it would pay 44% of the bill.

The EU would come in second at 13%, followed by Russia at 10%. China would pay 4% because its emissions per head have so far been only slightly above the global average. India would pay nothing.

It seems fair to look at above average emissions to date when judging who should pay for a current climate disaster, such as the flooding in Pakistan. But what about a catastrophe that happens in, say, 10 years’ time? Surely, one should look at the above-average emissions up to the moment when the damage occurs?

After all, some countries, especially the rich developed ones, will be slashing their emissions in future years. Meanwhile, others such as China will be spewing out more and more greenhouse gases.

If one froze the formula on the basis of above average emissions up to now, countries wouldn’t have an incentive to cut their pollution. The formula needs to be dynamic.

Run the numbers again, this time from 1992 until 2030, using projections from Climate Action Tracker where they exist. America still would have to fork out the most, but its share of the bill would fall to 39%. China would move into second place with 14% and the EU would be down to 10%, the same as Russia.

Losses from climate change could be in a range between $290 billion and $580 billion in 2030 and then rise to between $1 trillion and $1.8 trillion in 2050, according to the Granthan Research Institute. These numbers are so huge that there would have to be some sort of cap on the total size of the fund before countries agreed to pay into it. But whatever the cap, a dynamic formula would still give high-polluting countries a powerful incentive to cut their emissions in future years.

There are also big questions about how to allocate money from the fund. For example, should it look at losses that have already occurred - and should it take account of efforts that potential fund beneficiaries have taken to protect themselves from climate damage?

Look at India. From 1992 until 2019, its per-capita emissions were 71% below the world average. So, under this principle, it would receive 71% of any climate-related loss it suffered today.

Again, the formula should be dynamic. Between 1992 and 2030 India’s emissions are projected to be only 67% below the average - and so it would receive only 67% of damages that occurred in 2030. It, too, would have a strong incentive to cut pollution.

One reason it has been difficult to stop climate change is because of what economists called the “free rider problem“. If a country cuts its emissions, it pays the cost from doing so, but the benefits are spread around the world. Meanwhile, if a country does nothing, it still gains from other countries’ actions. It is not surprising that most countries are dragging their heels.

A well-designed formula for loss and damage could help solve this free rider problem. All countries would have an incentive to cut their emissions irrespective of whether others follow suit. And if they all do this, the planet won’t fry so much.