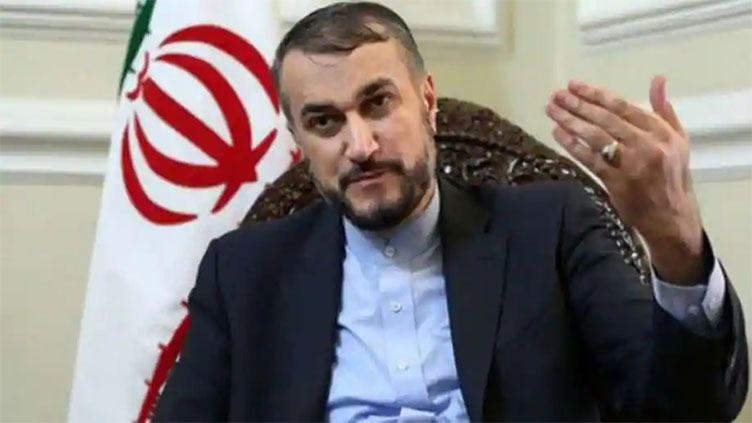 Iran's Foreign Minister warned that Tehran would continue to act against "threats" from abroad.

Iran has blamed outside powers and exiled Kurdish groups for stoking a wave of protests sparked by the September 16 death of Mahsa Amini, a 22-year-old Iranian Kurd who died after being arrested by morality police in Tehran.

"Fortunately, the plot conceived with the aim of creating a terrorist war, starting a civil war and finally disintegrating Iran over the past eight weeks has failed," said Amir-Abdollahian.

On Tuesday, Iran s Revolutionary Guards carried out their latest cross-border missile and drone strikes, on the Kurdistan Freedom Party, an Iranian-Kurdish opposition group based in northern Iraq.

"As long as there is a threat from neighbouring countries against us, our armed forces will continue to take action within the framework of international law," Amir-Abdollahian told a press conference in Tehran.

Iran s military operations inside Iraq s semi-autonomous Kurdish region would continue until Baghdad s national forces are stationed on the border and "we will no longer need to act to defend our territorial integrity", he added.

Dozens of Iranians, mainly protesters but also members of the security forces, have been killed since the start of the protests and thousands have been arrested, according to Iran s authorities, who do not provide exact figures.

On Wednesday, the Fars agency reported the death in Tehran of a policeman who suffered injuries when he was hit by a rock in late October during "riots" in the western Iranian province of Kurdistan.