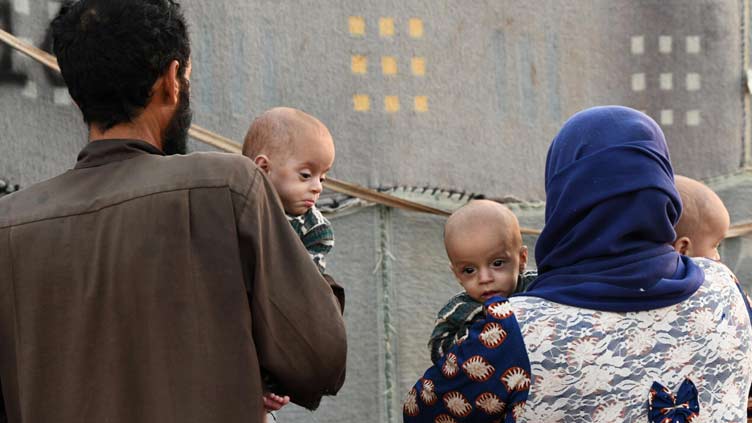 Beirut (AFP) – The number of malnourished children starving in northeastern Syria, an area ravaged by more than a decade of conflict, has risen by 150 percent, aid group Save the Children said Thursday.

"Every day we have to deal with more malnourished children than the day before," the aid agency said, in an urgent appeal to donors.

"Malnutrition is life threating to children. Poverty and the inability to afford food are the main reasons families are giving for this increase."

From April to September, the aid agency recorded more than 10,000 malnourished children, compared to 6,650 in the previous six months.

On top of conflict, Syria is mired in its worst economic crisis since war erupted in 2011 when the government brutally repressed pro-democracy protests, resulting in nearly half a million people killed.

The UN estimates 90 percent of the 18 million people in Syria are living in poverty, with the economy hit by conflict, drought and the Covid pandemic as well as the fallout from the financial crash in neighbouring Lebanon.

The situation appears to be extreme in areas outside the control of the Damascus government.

"While the average family income has not increased, food prices skyrocketed by almost 800 percent between 2019 and 2021, and continue to rise in 2022," the charity added.

"This massive price hike is forcing an ever-increasing number of people to go hungry."

The key Al-Yarubiyah crossing to northeast Syria from Iraq was shut in 2020 after Russia and China vetoed UN Security Council resolutions authorising it to remain open, limiting aid access to the region.

Since then, aid to these areas controlled by Kurdish forces requires the approval of Damascus, an ally of Moscow.

"After almost 12 years of conflict in Syria, the worsening economic situation has become the main driver of needs, despite continued armed conflict in many parts of the country," said Beat Rohr, Save the Children chief in Syria.

"At least 60 percent of the population is currently food insecure, and the situation is getting worse by the day."