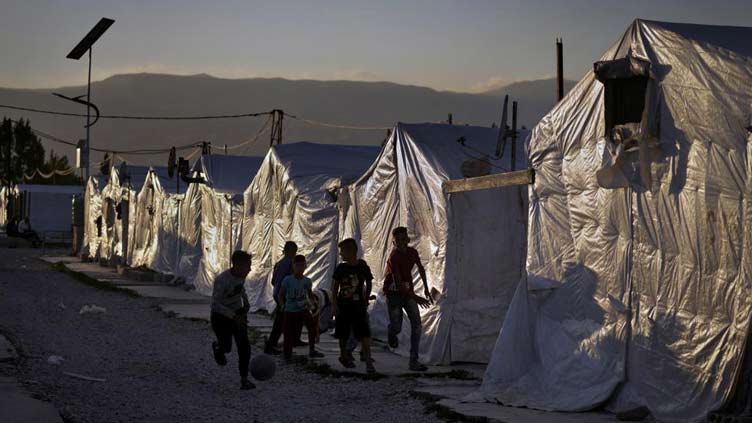 BEIRUT (AP) — Scores of Syrian refugees headed home Saturday from eastern Lebanon in the second convoy in less than two weeks as Beirut attempts to organize a mass refugee return to the war-torn country.

On Oct. 26, some 500 refugees returned to Syria, becoming the first group to return home in more than two years.

After living in Lebanon for years, many Syrian refugees have decided to go back home after being affected by the country’s historic three-year economic meltdown that pushed three-quarters of Lebanese into poverty. Since the economic crisis began in late 2019, some Lebanese politicians have blamed the refugees for the crisis.

Lebanon has given shelter to more than 1 million Syrian refugees but many claim the number is far higher. The U.N. refugee agency has registered about 825,000 Syrians but stopped counting them in 2015 at the request of Lebanese authorities. Earlier this year, officials touted a plan to return 15,000 refugees a month, which has so far failed to materialize.

In 2018, Lebanon began organizing “voluntary return” trips. Syrians would register to go back, then the list would be run by Syrian security officials to see if anyone on it was wanted for arrest or deemed a security threat to Damascus. Those names would be rejected and the original list whittled down to final names.

The returnees represent just a tiny fraction of the massive population of refugees who remain in Lebanon as the United Nations maintains that Syria is not safe for mass returns.

“The returnees have received guarantees from the Lebanese and Syrian authorities to return,” Lebanon’s caretaker Social Affairs Minister Hector Hajjar told reporters near the Syrian border on Saturday. He added that the international community should encourage such returns and if not then they “should be neutral in this case.”

The trips back were halted in 2020 amid the coronavirus pandemic. At that point, some 21,000 refugees had returned to Syria this way, according to Lebanese officials. UNHCR says at least 76,500 Syrian refugees returned voluntarily from Lebanon since 2016, some in government-organized trips and some on their own.

Syria’s conflict that began in March 2011 has killed hundreds of thousands and displaced half the country’s pre-war population of 23 million.