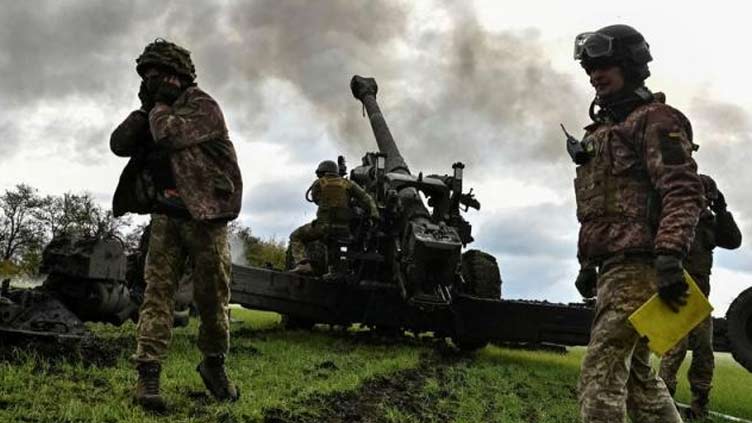 (Reuters) - President Vladimir Putin showed no regrets on Thursday over his war in Ukraine, insisting that the "special military operation" was still achieving its goals and the West s dominance over world affairs was coming to an end.

Inveighing against the West for more than three-and-a-half hours in a question-and-answer session at an annual conference, Putin appeared confident and relaxed, a marked contrast from stiff, formal and uneasy public appearances early in the eight-month-old war that had drawn questions about his health.

Asked if there had been any disappointments in the past year, Putin answered simply: "No", though he also said he always thinks about Russia s losses in Ukraine.

During 45-minute opening remarks he barely mentioned Ukraine at all, turning instead to a familiar litany of grievances against "our Western opponents", who he said faced the inevitable crumbling of their "hegemony".

Liberal Western leaders had undermined "traditional values" around the world, foisting a culture with "dozens of genders, gay parades" on other countries.

"The historical period of the West s undivided dominance over world affairs is coming to an end," Putin said. "We are standing at a historical frontier: Ahead is probably the most dangerous, unpredictable and, at the same time, important decade since the end of World War Two."

But even later, when drawn more directly into discussion of the war, he made no mention of Russia s battlefield setbacks of recent months, or of the escalatory steps he has ordered in response, such as calling up hundreds of thousands of reservists, which has led to thousands of men fleeing abroad.

When the event s host referred obliquely to public concern about whether the operation was still "going according to plan" as Russian officials have maintained since the outset, Putin said its aims had not changed.

Russia was fighting to protect the people of the Donbas, he said, referring to two of the four Ukrainian provinces he proclaimed annexed last month. Economic sanctions had already had their worst impact and would ultimately make Russia stronger by making its industry more independent, he said.

Putin s performance was dismissed in Kyiv: "Any Putin‘s speech can be described as  for Freud " tweeted Ukrainian presidential adviser Mykhailo Pololyak.

"The one who invaded foreign country, annexed its land and committed genocide accuses others of international law/ sovereignty of other countries violation?"

British Foreign Secretary James Cleverly said: "Putin’s message today to the Russian people is unclear, untrue and unedifying. What is crystal clear, is our message to the world: Aggressors must not be able to invade their neighbours with impunity."

Fighting on the ground appears to have slowed in recent days, with Ukrainian officials saying tough terrain and bad weather had held up their main advance in southern Kherson province.

Russia has ordered the evacuation of civilians from a pocket it holds on the west bank of the mouth of the Dnipro River that bisects Ukraine, but Kyiv says Russia is reinforcing the area with freshly called-up reservists.

In his speech, Putin played down a nuclear standoff with the West, insisting Russia had not threatened to use nuclear weapons and had only responded to nuclear "blackmail" from Western leaders, singling out former British Prime Minister Liz Truss.

He and other Russian officials have repeatedly said in recent weeks that Russia could use nuclear weapons to protect its territorial integrity, remarks interpreted in the West as implicit threats to use them to defend annexed parts of Ukraine.

He also repeated Russia s latest allegation - that Ukraine was planning to use a so-called "dirty bomb" to spread nuclear material, which the United States, Britain and France have called "transparently false". Putin said the Ukrainians would carry out such an attack to blame Russia, and that Moscow would have no military or political reason to do so.

Both Russia and NATO are carrying out annual drills of their nuclear forces this week, and Russia has given the exercises an unusually high profile, showing off missiles, submarines and strategic bombers on state TV.

U.S. Defence Secretary Lloyd Austin said there was no indication so far that the Russian exercises were a cover for any other nuclear activity.

Kyiv said Russia was pressing ahead with a campaign to destroy critical infrastructure ahead of the winter with drone and missile strikes.

Oleksiy Kuleba, the governor of the Kyiv region, said the area, including the capital city itself, faced a 30% deficit in its capacity to generate power after overnight Russian strikes. "Last night the enemy damaged the facilities of the energy infrastructure of our region. A number of critical facilities have been disabled," Kuleba said in a video clip on the Telegram messaging app.