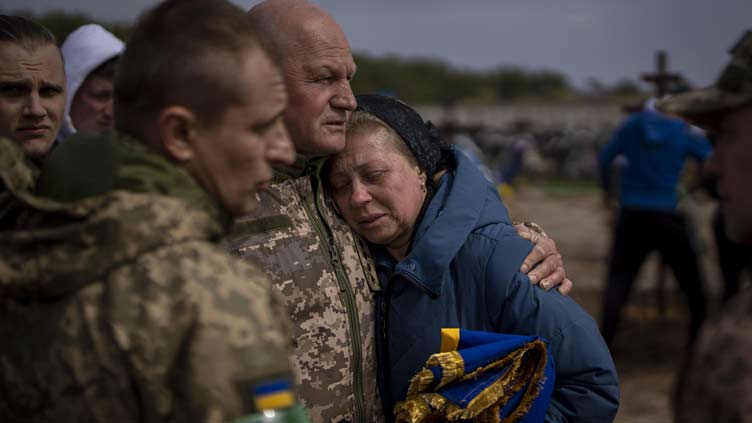 KYIV (Reuters) — At least 1,000 people have been killed in the last six months in fighting in the Ukrainian city of Izium but the real figure is probably much higher, a Ukrainian official said on Monday, two days after Kyiv’s forces recaptured the major supply hub.

Izium had served for months as Russia’s main stronghold in northeastern Ukraine, and its recapture by Ukrainian forces represents a major setback for what Moscow calls its “special military operation” in Ukraine.

“Izium suffered heavily due to Russian aggression,” Maksym Strelnikov, a member of the city council, told a televised news conference, adding that 80% of its infrastructure including the central heating system had been destroyed.

“According to the information we have, at least 1,000 residents unfortunately died as a result of fighting, but we believe that an even larger number of people suffered due to not being able to receive necessary medical help as the Russians destroyed all medical institutions in Izium in March,” he said.

He did not specify a source for the information and Reuters was not immediately able to confirm the estimated toll. Russia denies targeting civilians.

Strelnikov added that only around 10,000 people remained in Izium, about a fifth of the city’s prewar population.

Earlier on Monday, Ukraine’s general staff said its forces had recaptured more than 20 towns and villages in just the past day as part of a counter-offensive that has forced Russian forces to abandon their positions and leave behind huge stocks of ammunition and equipment.

Britain’s ministry of defense said Russia had probably ordered its forces to withdraw from all of Kharkiv region west of the Oskil River, abandoning the main supply route that had sustained Russia’s operations in the east.