On eve of Ukraine's national day, fears Russia will pounce 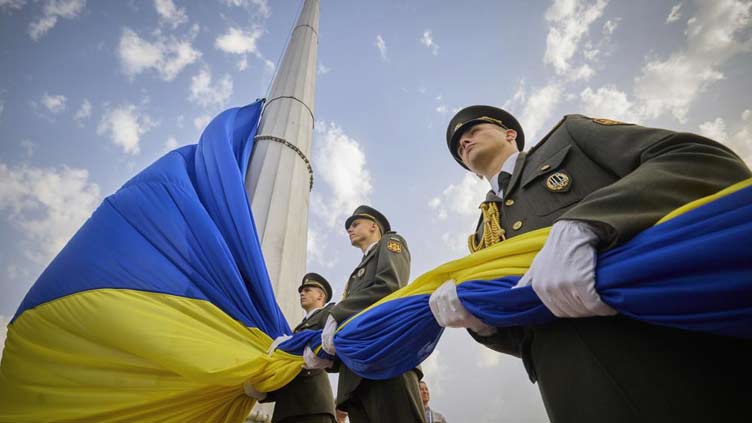 On eve of Ukraine's national day, fears Russia will pounce

On eve of Ukraine’s national day, fears Russia will pounce

KYIV (AP) — On the eve of Ukraine’s independence day and the half-year mark of Russia’s invasion of its neighbor, there was increasing unease in the country on Tuesday that Moscow could be focusing on specific government and civilian targets during the holiday.

The United States reinforced those concerns when its embassy in Kyiv issued a security alert, saying it “has information that Russia is stepping up efforts to launch strikes against Ukraine’s civilian infrastructure and government facilities in the coming days.”

On Tuesday’s Ukrainian Flag Day, President Volodymyr Zelenskyy stressed defiance rather than worry when he raised the flag at a memorial.

“The blue and yellow flag of Ukraine will again fly where it rightfully should be. In all temporarily occupied cities and villages of Ukraine,” he said, including the Crimea peninsula which has been annexed by Russia since 2014.

The U.S. warning came on the heels of Russia’s claim that Ukrainian intelligence was responsible for the car bombing that killed the daughter of a leading right-wing Russian political thinker over the weekend. Ukraine denied involvement.

Hundreds of people lined up Tuesday to pay tributes to Darya Dugina, a 29-year-old commentator with a nationalist Russian TV channel who died when her SUV blew up Saturday night as she was driving on the outskirts of Moscow.

The sense of dread pervading the war centers in part on Europe’s largest nuclear power plant, at Zaporizhzhia in southeastern Ukraine, where continued shelling and fighting in the area has raised fears of a nuclear catastrophe.

Guterres demanded a halt to “nuclear saber-rattling” on Monday, saying the world is at a “maximum moment of danger” and all countries with nuclear weapons must make a commitment to “no first-use.”

Meanwhile, the fate of Ukrainian prisoners of war is also raising worries. U.N. High Commissioner for Human Rights Michelle Bachelet said she was “concerned by reports that the Russian Federation and affiliated armed groups in Donetsk are planning — possibly in the coming days — to try Ukrainian prisoners of war.” She said it is being labeled an “international tribunal” but that due process and a fair trial would not be guaranteed.

Amid the death and destruction, there was one small point of light. All professional soccer was stopped in February, but a new league season starts Tuesday in Kyiv.

The Olympic Stadium will see the the opening-day meeting of Shakhtar Donetsk and Metalist 1925 from Kharkiv — teams from eastern cities that are fighting for their very existence.

No fans will be allowed in the 65,000-capacity downtown stadium for the kickoff at 1 p.m. local time, and the players must be rushed to bomb shelters if air-raid sirens sound.

“The teams, the players will be proud of this event,” Shakhtar captain Taras Stepanenko said Monday in a telephone interview with The Associated Press.