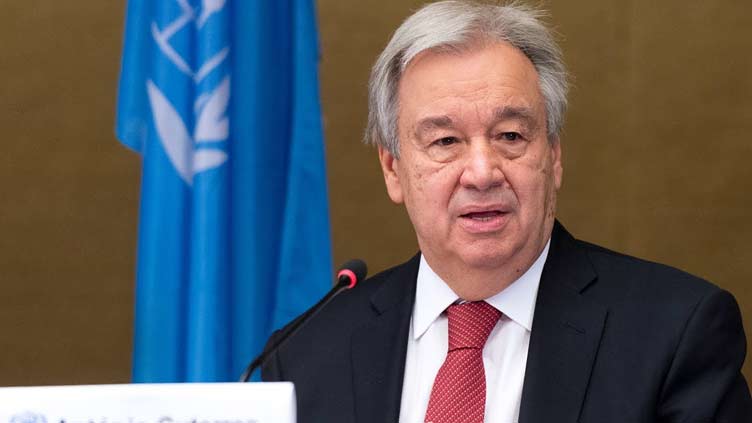 (Reuters) - Russia said on Wednesday it was ready to work with the United Nations to combat the risks of a global food crisis, and was willing to meet its obligations to export food and fertilisers.

The commitments were made in a conversation between Russian Foreign Minister Sergei Lavrov and U.N. Secretary-General Antonio Guterres, Lavrov s ministry said in a statement.

However, the statement stopped short of announcing any new concrete steps, and repeated earlier Russian charges that Ukrainian actions and Western sanctions were to blame for the crisis.

"It was emphasised that the export of Ukrainian grain is hindered by the mining of the Black Sea by Kyiv," it said.

"In addition, Russia s readiness to continue fulfilling its obligations to export food and fertilisers was confirmed, despite the fact that their implementation is significantly complicated by illegal unilateral sanctions by Western states and the disruption of global production and supply chains due to the coronavirus pandemic."

Russia and Ukraine account for nearly a third of global wheat supplies, while Russia is also a key global fertiliser exporter and Ukraine is a major exporter of corn and sunflower oil.

Since Russia invaded on Feb. 24, Ukrainian grain shipments from its Black Sea ports have stalled and millions of tonnes of grain are stuck in silos. Moscow says the onus is on Kyiv to remove mines from the ports to free up shipping lanes.

Russia says Western sanctions against it are worsening the situation. The sanctions do not directly target its grain and fertilisers, but have hit exports because of the difficulty of arranging shipping, insurance and finance.

Lavrov told Guterres that Moscow was willing to work further to reduce the food crisis threat, including in coordination with the United Nations, the Russian statement said, without providing details.