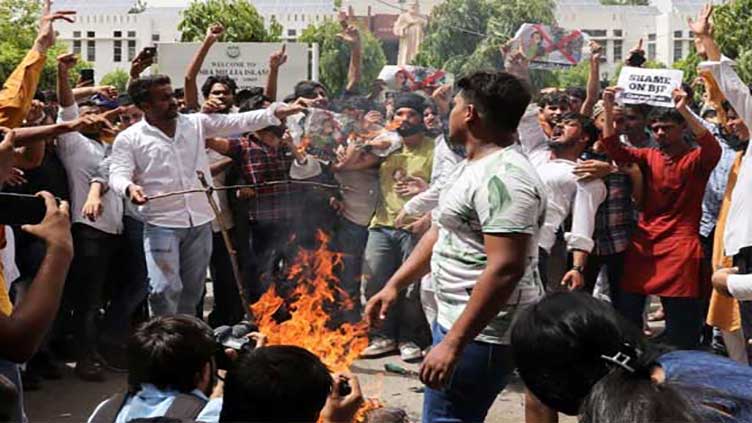 In India and neighbouring countries, Muslims took to the streets in huge numbers after Friday prayers to condemn the remarks, with police firing on a crowd in the eastern Indian city of Ranchi.

Police were forced to open fire to disperse protesters... resulting in the death of two," a police officer in Ranchi said.

Officers said that the crowd had defied their orders not to march from a mosque to a market and had thrown broken bottles and stones when police attempted to disperse the rally with a baton charge.

According to a local, authorities cut internet connections in the city and imposed a curfew.

"We are praying for peace and harmony," she said.

There have been widespread protests in the Muslim world since last week against the blasphemous remarks by BJP officials.