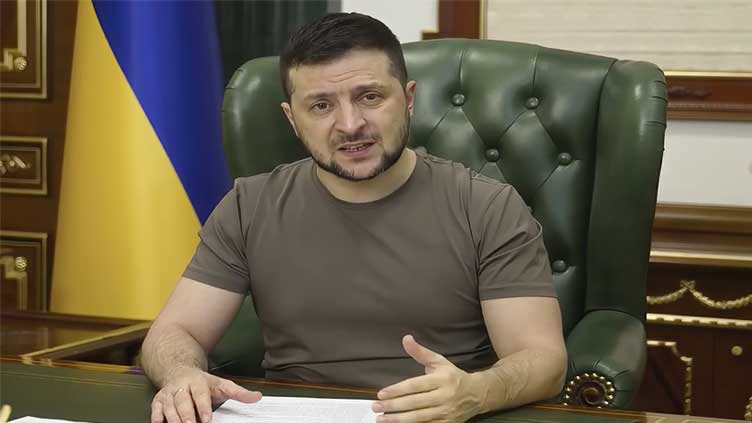 "It is simply wrong to go first to Russia and then to Ukraine," Zelensky told reporters in the Ukraine capital. "There is no justice and no logic in this order," he added.

"The war is in Ukraine, there are no bodies in the streets of Moscow. It would be logical to go first to Ukraine, to see the people there, the consequences of the occupation," he said.

In the Kyiv region alone, more than a 1,000 civilians had been killed, he added.

Guterres is due to meet Russian President Vladimir Putin on Tuesday, then Zelensky on Thursday.

The UN chief also plans to meet UN staff on staff to discuss stepping up aid for Ukrainians.

Since Guterres accused Russia of violating the UN charter by sending troops into Ukraine, the Russian leader has refused any contact with him.

The UN chief has had little contact with Zelensky either, apart from a telephone conversation on February 26 two days after the Russian attack began.

On Tuesday, Guterres once again denounced the Russian offensive in eastern Ukraine, calling on both sides to stop fighting and observe a four-day humanitarian truce over the Orthodox Easter, which is on Sunday.