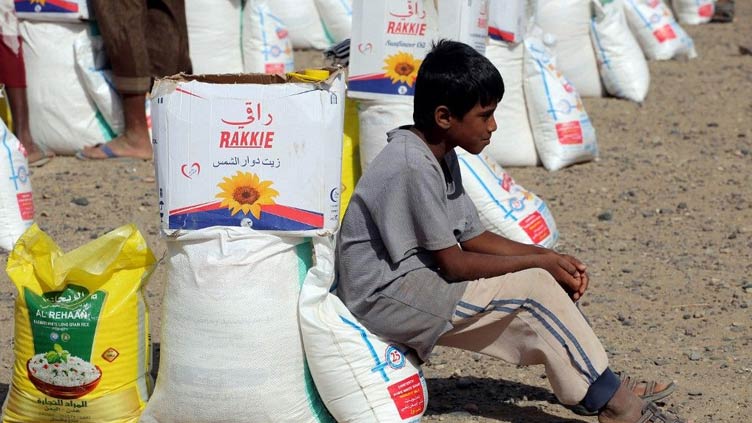 (Reuters) - The United Nations is seeking nearly $4.3 billion at a pledging event on Wednesday for war-torn Yemen where the humanitarian drive had seen funding dry up even before global attention turned to the conflict in Ukraine.

More than 17 million people in Yemen need food assistance and this could rise to 19 million in the second half of the year, U.N. bodies said. By December, those experiencing emergency levels of hunger could reach 7.3 million.

The hope is for generous pledges but the target for the one-day event is not the full $4.27 billion, said OCHA spokesperson Jens Laerke, adding fundraising would continue.

U.N. Secretary-General Antonio Guterres kicked off the one-day meeting with an urgent appeal to donors to "contribute generously".

"We must do everything we can to bridge immediate funding gaps and strengthen aid delivery," Guterres said. "We cannot cut people adrift from humanitarian aid."

Aid agencies have already been forced to cut back or stop food, health and other vital assistance in Yemen where the economy and basic services have collapsed in the seven-year war.

Access to safe drinking water for 4 million people living in major cities may be lost in coming weeks and women may lose healthcare services, he added.

Food prices, which doubled last year due to a blockade imposed by a Saudi-led coalition battling Yemen s Houthis, are set to rise further since a third of the country s wheat comes from Russia and Ukraine, said U.N. aid chief Martin Griffiths.

In Aden s Keraa camp, Abdo Yehya has seen no aid this year.

"We survive with the help of our son who collects empty plastic bottles and metal cans and sells them, and...the kindness of people," he said. "We are exhausted."

The World Food Programme warned on Monday that without substantial new funding mass starvation and famine would follow.

Donor budgets have been strained by the pandemic, the Afghanistan crisis and now Russia s invasion of Ukraine. There are also concerns over allegations of Houthi interference in aid flows.

The Houthis ousted the government from the capital, Sanaa, in late 2014, prompting the coalition to intervene months later.