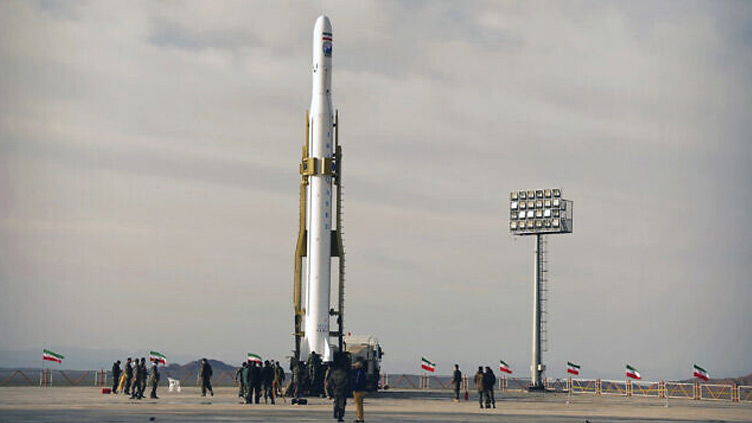 TEHRAN (AFP) - Iran announced Thursday it had carried out a new space launch, in a move likely to irk Western powers amid tough talks on reviving a 2015 nuclear deal.

"The research goals foreseen for this launch have been achieved," Hosseini added, without elaborating on the nature of the research.

In February, Iran announced a successful test of its most powerful solid fuel satellite launcher to date, the Zoljanah, boasting that it can put a 220-kilogramme (1,100-pound) payload into orbit.

The United States voiced concern about that launch, saying the test could boost Iran’s ballistic missile technology at a moment when the two nations are inching back to diplomacy.

Iran insists its space programme is for civilian and defence purposes only, and does not breach the nuclear deal or any other international agreement.

The 2015 agreement has been hanging by a thread since the US left it in 2018 and reimposed sanctions, prompting Iran to step up nuclear activities long curtailed by the deal.

A new round of negotiations began in Vienna on Monday in a fresh push to make headway on reviving the deal.