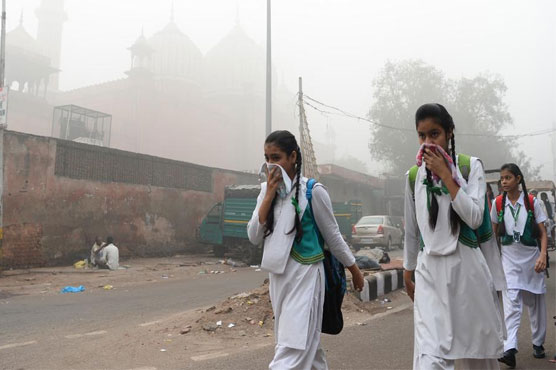 NEW DELHI (AFP) - Delhi shut down schools until further notice, urged people to work from home and banned non-essential trucks from entering the Indian capital due to dangerous levels of air pollution.

One of the world’s most polluted cities and home to some 20 million people, Delhi is cloaked every winter in a thick blanket of smog.

On Saturday, the Delhi government had ordered schools to close for a week and banned construction work for four days. 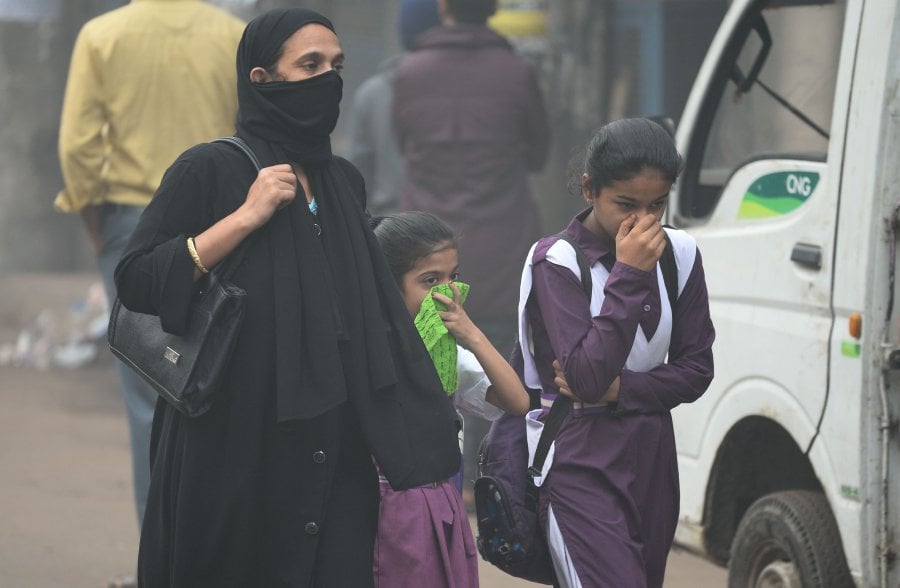 But in an order passed late Tuesday, the Commission for Air Quality Management for Delhi said all education institutions should remain shut until further notice.

Lorries except those carrying essential goods are barred from entering the capital until November 21 and most construction activity was halted, the order said.

"Anti-smog guns" and water sprinklers were ordered to operate at hotspots at least three times a day.

Six of the 11 thermal power plants within a 300-kilometre radius were told to cease operations until further notice.

The commission also said that at least 50 percent of staff employed in government should work from home and encouraged those in private firms to follow suit.

The order comes days after the Delhi government pushed back against a call by India’s Supreme Court to declare a "pollution lockdown" a first which would restrict the city’s population to their homes.

One of the contributors to the air pollution in winter is the smoke from farmers burning their crop residue in neighbouring states.

The government, however, told the Supreme Court that industry was the biggest contributor followed by vehicular pollution and dust.

This week, PM 2.5 levels -- the most harmful particulate matter that is responsible for chronic lung and heart disease -- have been over 400 in several parts of the city.

Last week, the levels touched 500 which is more than 30 times the maximum limit recommended by the World Health Organization.