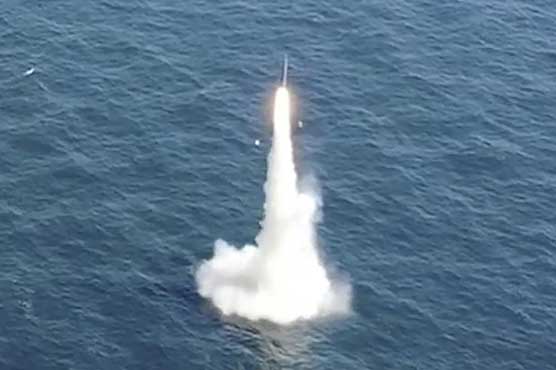 The launches of missiles underscored a return of tensions between the rivals at a time when talks aimed at stripping North Korea of its nuclear program are stalled.

Kim’s sister, Kim Yo Jong, criticized South Korean President Moon Jae-in for comments he made while observing his country’s missile tests, including its first of a submarine-launched ballistic missile. Moon said South Korea’s growing missile capabilities will serve as a “sure deterrence” against North Korean provocations.

The tests came hours after the South Korean and Japanese militaries said North Korea had fired two ballistic missiles into the sea.

In a statement carried by state media, Kim berated Moon for describing North Korean weapons demonstrations as a provocation, and warned of a “complete destruction” of bilateral relations if he continues with what she described as slander of North Korea.

“If the president joins in the slander and detraction (against us), this will be followed by counter actions, and the North-South relations will be pushed toward a complete destruction,” she said. “We do not want that.”

The South Korean and Japanese militaries said the two short-range ballistic missiles fired by North Korea flew 800 kilometers (500 miles) before landing in the sea inside Japan’s exclusive economic zone — a worrying development even though they did not reach Japanese territorial waters. The last time a North Korean missile landed inside that zone was in October 2019.

Hours after the latest North Korean launches, South Korea reported its first test of a submarine-launched ballistic missile. As Moon and other top officials looked on, the missile flew from a submarine and hit a designated target, Moon’s office said. It did not say how far the weapon flew.

Experts say North Korea is building up its weapons systems to apply pressure on the United States in the hopes of winning relief from economic sanctions aimed at forcing the North to abandon its nuclear arsenal. U.S.-led talks on the issue have been stalled for more than two years.

“North Korea is trying to communicate a message that things will not go as Washington wishes, if it doesn’t accept the North’s demands,” said Moon Seong Mook, an analyst with the Seoul-based Korea Research Institute for National Strategy. He said North Korea may think it has an opportunity now to win concessions from U.S. President Joe Biden’s administration while it is embroiled in a domestic debate following the chaotic pullout from Afghanistan.

Observers say Moon’s government, which has been actively pursuing reconciliation with North Korea, may have taken action to appear tougher in response to criticism that it’s too soft on the North.

The rival nations are still technically in a state of war since the 1950-53 Korean War, which pitted the North and ally China against the South and U.S.-led U.N. forces, ended in an armistice, not a peace treaty.

Japanese Prime Minister Yoshihide Suga said the launches “threaten the peace and safety of Japan and the region and are absolutely outrageous.”

The U.S. Indo-Pacific Command said the North Korean test “highlights the destabilizing impact of (North Korea’s) illicit weapons program” though it said it didn’t pose an immediate threat to the U.S.

The North Korean launches represent a violation of U.N. Security Council resolutions that bar North Korea from engaging in any ballistic missile activity. But the council typically doesn’t impose new sanctions when the North launches short-range missiles, like Wednesday’s.

Wednesday’s tests came as Chinese Foreign Minister Wang Yi was in Seoul for meetings with Moon and other senior officials to discuss North Korea and other issues.

It’s unusual for North Korea to make provocative launches when China, its last major ally and biggest aid provider, is engaged in a major diplomatic event. But some experts say North Korea may have used the timing to draw extra attention.

Kim Dong-yub, a professor at the University of North Korean Studies in Seoul, said Wednesday’s tests appeared to be of an improved version of a short-range missile it tested in March. He said the weapon is likely modeled on Russia’s Iskander missiles, which are designed to fly at relatively low altitudes, making them harder to be intercepted by missile defense systems.

The international community wants North Korea to abandon its nuclear program and has long used a combination of the threat of sanctions and the promise of economic help to try to influence the North. But negotiations have stalled since 2019, when then-U.S. President Donald Trump’s administration rejected the North’s demand for major sanctions relief in exchange for dismantling an aging nuclear facility.

Kim Jong Un’s government has so far rejected the Biden administration’s overtures for dialogue, demanding that Washington abandon what it calls “hostile” policies first. But North Korea has maintained its self-imposed moratorium on nuclear and long-range missile tests, a sign that it may not want to completely scuttle the possibility of reopening the talks.

In 2017, North Korea claimed to have acquired the ability to strike the American mainland with nuclear weapons after conducting three intercontinental ballistic missile tests and its most powerful nuclear test. In recent years, it has also performed a series of underwater-launched missile tests in what experts say is a worrying development because such weapons are difficult to detect and would provide North Korea with retaliatory strike capability.

South Korea, which doesn’t have nuclear weapons, is under the protection of the U.S. “nuclear umbrella,” which guarantees a devastating American response in the event of an attack on its ally. But South Korea has been accelerating efforts to build up its conventional arms, including developing more powerful missiles.

Separate from the submarine-launched missile, South Korea also tested a missile from an aircraft. 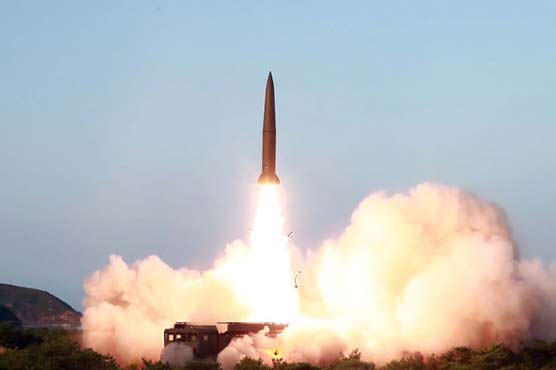 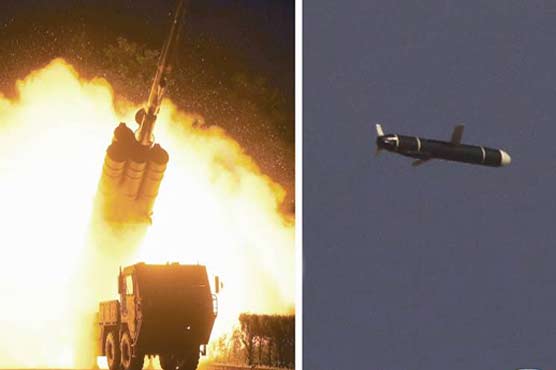 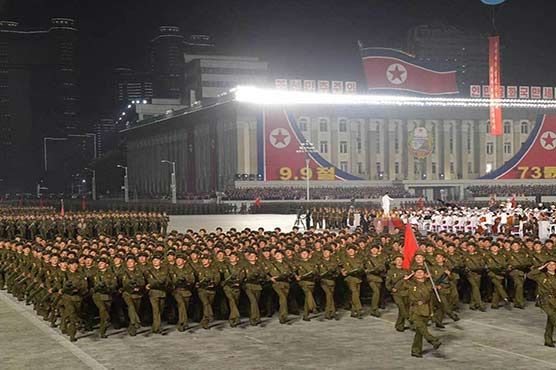