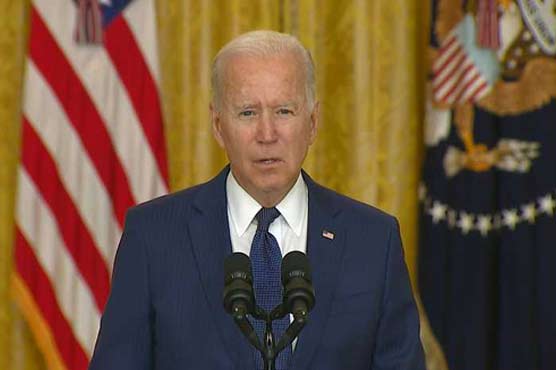 WASHINGTON (AFP) - President Joe Biden announced he will address the nation Tuesday on the final US exit from Afghanistan after 20 years of war against the Taliban.

"On Tuesdayafternoon, I will address the American people on my decision not to extend our presence in Afghanistan beyond 8/31," he said in a statement shortly after the Pentagon announced that the final US military plane had flown out of Kabul.

Biden’s statement praised the military for carrying out the evacuation of final US troops, diplomats, and nearly all Americans, as well as tens of thousands of Afghan allies who worked for or fought alongside international forces in the war.

"The past 17 days have seen our troops execute the largest airlift in US history, evacuating over 120,000 US citizens, citizens of our allies, and Afghan allies of the United States," Biden said.

"They have done it with unmatched courage, professionalism, and resolve. Now, our 20 year military presence in Afghanistan has ended."

An undetermined number of Americans -- many of them dual nationals who did not ask to leave, according to US officials -- remain in Afghanistan, as well as a number of Afghans who wanted to leave but were unable to get on US airplanes.

Biden repeated assurances by US and international officials that the Taliban have agreed to allow those groups to keep leaving now that they are in complete control of Kabul, including its airport.

"The international community expects the Taliban to deliver on moving forward, notably freedom of travel. The Taliban has made commitments on safe passage and the world will hold them to their commitments," Biden said.

The US president said that the goal was for the airport to reopen, "allowing for continued departure for those who want to leave and delivery of humanitarian assistance to the people of Afghanistan."