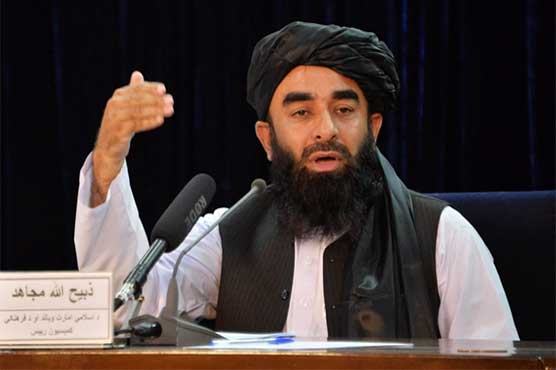 KABUL (Dunya News/AFP) – The Taliban’s top spokesman Zabihullah Mujahid congratulated Afghans on their victory on Tuesday, after the last US troops left the country following 20 years of military intervention.

"Congratulations to Afghanistan... this victory belongs to us all," Taliban spokesman Zabihullah Mujahid said from the runway of Kabul airport.

A senior Taliban official, Anas Haqqani, said he was "proud" to witness "these historic moments". Afghanistan is now free from occupation of US and North Atlantic Treaty Organization (NATO), he added.

Another Taliban spokesman Qari Yusuf said, "The last U.S. soldier has left Kabul airport and our country has got complete independence."

The reactions came after United States pulled all its troops out of Afghanistan, ending its longest war to cries of shame at home and celebratory gunfire from its victorious Taliban enemies in Kabul.

The last of the American troops overseeing a desperate evacuation effort flew out of Kabul airport on Monday night, completing a withdrawal that has raised deep questions about the United States’ status as a superpower.

Taliban fighters quickly swept into the airport and fired weapons into the sky in jubilation, celebrating an astonishing victory for the movement two decades after US forces invaded Afghanistan and toppled them from power.