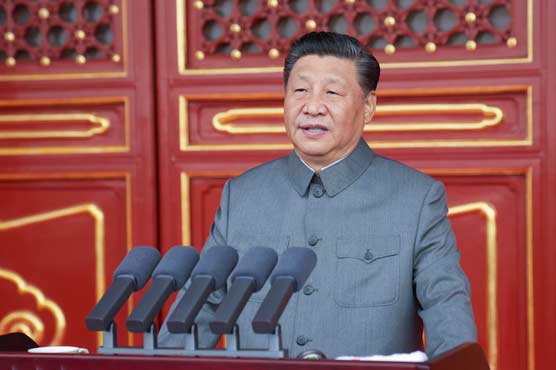 BEIJING (Dunya News) – Chinese President Xi Jinping on Tuesday said that the world is currently facing threats from global epidemics such as the corona virus, climate change and conflict.

Addressing the summit of the Communist Party of China and world political parties, he said that we need to increase cooperation in security matters to tackle a common challenge such as terrorism.

The Chinese President said that the Communist Party of China will continue to move forward with the agenda of public welfare, peace and equality.

Xi Jinping went on to say that those who obstruct the development of other countries will fail, we must accompany the developing and poor countries in the process of development. We believe in a global system of justice, equality and shared development.

He said, “We want a system in the world where every country has equal opportunities for development,” and added political parties have a huge responsibility to shape the future of human beings.

Noting the persisting severe situation of COVID-19 globally and the uncertain prospect of economic recovery, Jinping said the world more than ever needs mutual respect and close collaboration, rather than suspicion, antagonism or zero-sum game.

"In the face of the ongoing COVID-19, we need to continue with a science-based response approach and advocate solidarity and cooperation so as to close the  immunization gap ," Xi said.

In responding to terrorism and other common enemies of mankind, Xi highlighted the pursuit of security and stability through cooperation so as to tighten the security fences together.

He also called for joint efforts in building a green homeland and mitigating climate change which poses severe challenges to human existence and development.