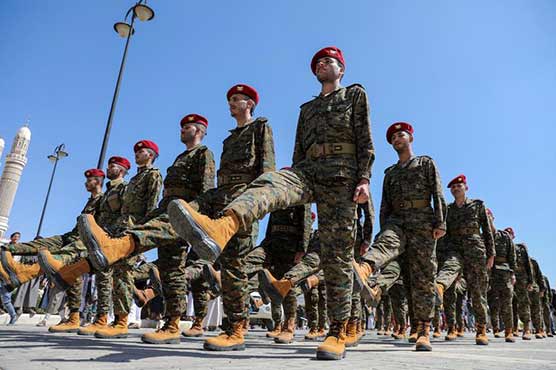 WASHINGTON (Reuters) - A "sound plan" for a nationwide ceasefire in Yemen has been before Houthi leadership for "a number of days," but it appears the group is prioritizing a military offensive to take Marib, the U.S. special envoy on Yemen, Tim Lenderking, said on Friday.

"I will return immediately when the Houthis are prepared to talk," Lenderking told the Atlantic Council think tank after a 17-day visit to the region to revive efforts to end the six-year conflict that is widely seen as a proxy war between Saudi Arabia and Iran.

"The U.S. and U.N. - we urge the Houthis to respond," he said. "If we cannot make progress now, the country will spiral into greater conflict and instability."

A Saudi Arabia-led military coalition intervened in Yemen in 2015 after the Iran-allied Houthi group ousted the country s government from the capital Sanaa. The Houthis say they are fighting a corrupt system.

"We now have a sound plan for a nationwide ceasefire with elements that would immediately address Yemen s dire humanitarian situation directly," Lenderking said. "That plan has been before the Houthi leadership for a number of days."

He provided no further details, and said the plan has Saudi support.

The Houthis, however, have pressed a drive on the gas-rich region of Marib despite international calls for them to stop, aiming to take the government s last northern stronghold. The United Nations has warned that millions of civilians are at risk.

"Tragically, and somewhat confusingly for me, it appears that the Houthis are prioritizing a military campaign to take Marib ... over suspending the war and moving relief to the Yemeni people," Lenderking said.

He announced that the United States would restore humanitarian aid funding for northern Yemen, and said Washington would work with the governments of Yemen and Saudi Arabia to find a way to deliver fuel to Yemenis who need it most.

Some 80% of Yemenis need help, with 400,000 children under the age of 5 severely malnourished, according to U.N. data. For much of its food, the country relies on imports that have been badly disrupted over the years by all warring parties.

The people s suffering has been worsened by an economic and currency collapse, and by the COVID-19 pandemic.

Sarah Charles, a U.S. Agency for International Development official, told the webinar that "all parties" are interfering with humanitarian operations, delaying deliveries.

The "most egregious" interference has been by the Houthis in northern Yemen, she said, prompting the partial suspension last year of U.S. support to nongovernmental humanitarian groups that "cautiously" was lifted on Friday.

"We ve seen some signs of decreasing interference in the north and more progress is needed," she said.