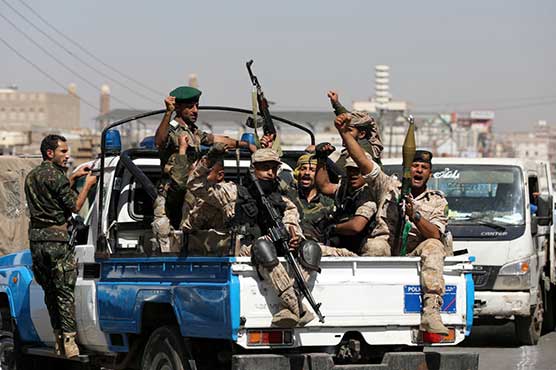 DUBAI (Reuters) - Saudi Arabia will continue to treat Yemen s Houthis as a terrorist organisation despite a U.S. decision to lift the designation on the group, according to the kingdom s permanent representative to the United Nations.

There has been no other official response from Riyadh to the announcement on Friday by U.S. Secretary of State Antony Blinken on Friday that Washington would, effective Feb. 16, lift the terrorist group designation.

"Despite this, we will still deal with the Houthi militia as a terrorist organisation and address its threats with military action," Abdullah Al-Muallami, told Saudi-owned Asharq News in remarks retweeted by the kingdom s U.N. mission on Saturday.

The Saudi government media office CIC did not immediately respond to a Reuters  request for comment on the decision.

However, on Sunday several commentators at state-controlled media outlets criticised the U.S. decision, saying it would only embolden the Iran-aligned Houthis, who have recently stepped up attacks against Saudi Arabia.

"A clear contradiction exists between the new administration s claim to support the kingdom s security and its soft approach with the Houthis," wrote Hamoud Abu Talib in Okaz newspaper on Sunday.

Fellow columnist Fahim al-Hamid, also writing in Okaz, said the decision was a "gift" to the Houthis and Iran that "sends the wrong signals".

The Houthis, battling a Saudi-led coalition that intervened in Yemen in 2015, last week claimed several drone attacks on southern Saudi Arabia. Most were intercepted but one hit a civilian airport on Wednesday.

The White House condemned the attack, and Blinken held a phone call with his Saudi counterpart to discuss joint efforts towards bolstering Saudi defences and diplomacy to end the Yemen conflict, seen in the region as a proxy war between Saudi Arabia and Iran.

Biden s administration has said it would halt U.S. support for the Saudi-backed military campaign but continue to pressure the Houthis, who control northern Yemen after ousting the Saudi-backed government from power in the capital, Sanaa.

Riyadh accuses Iran of supplying arms and training to the Houthis, a charge denied by the group and Tehran.