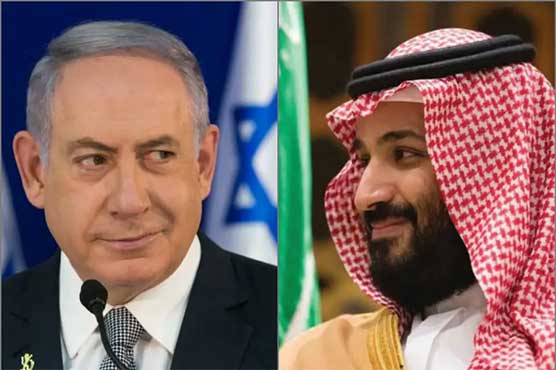 "I have seen press reports about a purported meeting between HRH the Crown Prince and Israeli officials during the recent visit by @SecPompeo," Saudi Foreign Minister Prince Faisal bin Farhan said in a tweet.

"No such meeting occurred. The only officials present were American and Saudi."

Israeli public broadcaster Kan and other outlets had reported that the meeting took place Sunday, weeks after the Jewish state reached historic deals to normalise ties with two Saudi allies, the United Arab Emirates and Bahrain.

Those deals, known as the Abraham Accords, were brokered by the administration of US President Donald Trump, who leaves office in less than two months.

Kan s diplomatic correspondent said that Pompeo, who was in Israel last week before travelling onto Saudi during a regional tour, was also at the reported talks in the planned Red Sea city of NEOM.

Netanyahu s office was not immediately available to comment on the reports, and the US State Department declined to weigh in on the issue.

The reports had set off a flurry of commentary on what would have been a major step forward in the Arab world s engagement with Israel.

There has been widespread speculation, within Israel and the United States, that Washington may push for other Arab states to join the Abraham Accords before President-elect Joe Biden is sworn in.

A similar deal with Saudi Arabia would be the ultimate diplomatic prize for Israel.