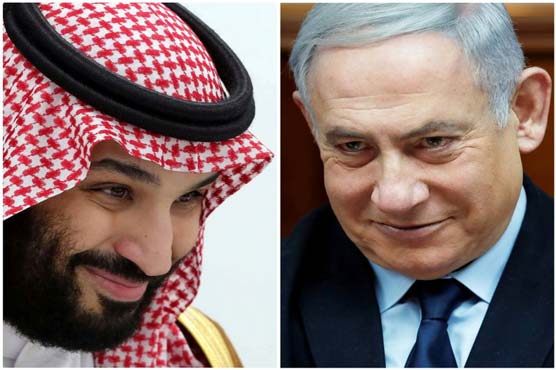 Those deals, known as the Abraham Accords, were brokered by the administration of US President Donald Trump, who leaves office in less than two months.

There has been widespread speculation, within Israel and the United States, that Washington may push for other Arab states to join the Abraham Accords before President-elect Joe Biden is sworn in.

US Secretary of State Mike Pompeo, who was in Israel last week, was also at the reported talks, according to Kan s diplomatic correspondent.

Pompeo has confirmed he was in Neom on the Red Sea as part of a Middle East Tour and met with Prince Mohammed, who is widely known by his initials MBS.

Publicly, Saudi Arabia has said it would stick to the decades-old Arab League position of not having ties with Israel until the Jewish state s conflict with the Palestinians is resolved.

The Palestinians have condemned the Abraham Accords as "a stab in the back", urging Arab states to hold firm until Israel ends its occupation of Palestinian territory and agrees to the creation of a Palestinian state.

But experts have said that Biden s upcoming inauguration may have created urgency in Riyadh, which has dealt discreetly with Israel over a joint desire to contain common foe Iran.

Kan quoted multiple Israeli officials as saying that Netanyahu and the head of the Mossad spy agency, Yossi Cohen, "flew yesterday to Saudi Arabia and met Pompeo and MBS in the city of Neom".

Netanyahu s office was not immediately available to comment on the reports.

The Saudi royal court and media ministry did not immediately respond to AFP s request for comment on the reported meeting between Netanyahu, Prince Mohammed and Pompeo.

US and Israeli officials have said more Arab states wanted to establish ties with Israel, which before the Gulf deals only had peace treaties with two Arab nations, its neighbours Egypt and Jordan.

In late August, Netanyahu said Israel was holding "unpublicised meetings with Arab and Muslim leaders to normalise relations with the state of Israel," without naming any countries.

Sudan has since then agreed in principle to establish ties with Israel.

But, amid speculation that smaller Arab states like Oman were also interested in a deal, Saudi Arabi has stood out a the key target for Israel, given the kingdom s wealth and influence.

Sunni Arab states and especially Israel worry that Biden may seek to revive the Iran nuclear deal agreed between Tehran and world powers during Barack Obama s presidency, which was scrapped by Trump.

Multiple Israeli analysts have said that the Biden administration would face a backlash from the progressive left faction of the Democratic party if it pushed for an Israeli-Saudi peace deal without any meaningful rights reforms agreed by Riyadh.

Speaking to AFP shortly after the US vote result became clear, Netanyahu s former envoy to Washington Michael Oren said it would likely not be "worth Biden s while to take on his party" over a Saudi-Israel pact.

Oren, posted in Washington when Biden was Obama s vice president, said the Abraham Accords could be "perceived as a Trump policy" by the new administration and therefore not be a priority.