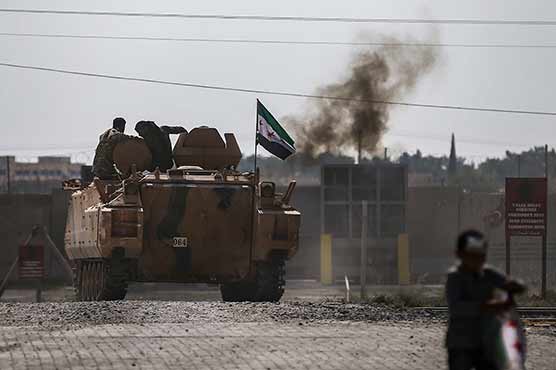 DAMASCUS (AFP) - Syrian President Bashar al-Assad on Monday vowed his forces would be relentless in their offensive to flush out the last rebel bastion in northern Syria.

His address on state television came even as the United Nations  chief relief coordinator Mark Lowcock renewed the world body s appeal for a ceasefire in the Idlib region.

"The battle for the liberation of the provinces of Aleppo and Idlib continue, regardless of all the hot air coming out of the north," Assad said, in reference to warnings by Turkey.

In recent weeks, Syrian troops and allied forces backed by Russia have stepped up their offensive against rebel and jihadist groups in Idlib and the neighbouring province of Aleppo.

They have already reconquered swathes of Idlib as well as key areas that have secured the crucial M5 highway connecting the country s four largest cities as well as the entire surroundings of Aleppo city for the first time since 2012.

"We have won a victory over the fear they tried to instill in our hearts... but we are fully aware that this liberation is not the end of the war," Assad said.

"But this liberation definitely does mean we have rubbed their faces in the dirt, as a prelude to their total defeat, which will come sooner or later," he said.

Aid groups have called for a cessation of hostilities in northwestern Syria, where around three million people are trapped in the rebels  ever-shrinking enclave.

With Turkey unwilling to open its borders to another wave of refugees and government troops closing in from several directions, the UN has warned of a humanitarian disaster in proportions yet unseen since the start of the war in 2011.

The UN s top humanitarian coordinator, Mark Lowcock said in a statement on Monday that 900,000 people had been displaced since December.

Never have so many people been forced to flee in the same timeframe since the conflict erupted nearly nine years ago.

"The violence in northwest Syria is indiscriminate. Health facilities, schools, residential areas, mosques and markets have been hit," Lowcock said.

He said that basic infrastructure was falling apart, that health facilities were being destroyed and that the risk of disease outbreaks was high.

"The biggest humanitarian horror story of the 21st Century will only be avoided if Security Council members, and those with influence, overcome individual interests and put a collective stake in humanity first," he said.

Russia, the main foreign broker in Syria, has vetoed countless resolutions on Syria. "The only option is a ceasefire," Lowcock said.

According to UN figures, the Syrian conflict has caused the greatest displacement crisis in the world, with 5.5 fleeing the country to become refugees and more than six million others displaced within Syria. The Syrian war is considered to have caused the biggest wave of displacement since World War II.