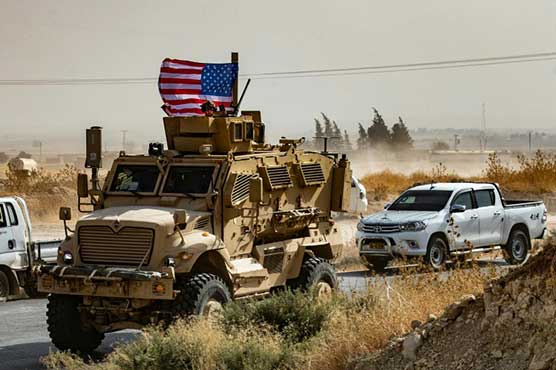 WASHINGTON (AFP) - Syria s Kurds, abandoned by President Donald Trump, were always allies of convenience for the United States, expendable when it comes to the strategic relationship with NATO ally Turkey, according to regional experts and US officials.

Trump s abrupt decision this month to withdraw US forces from northeast Syria left the Kurdish Syrian Democratic Forces (SDF), formerly known as the YPG, at the mercy of Turkish troops and their Syrian proxies.

"Trump has decided that Turkey is much more important than the Kurds," said Joshua Landis, a Syria expert at the University of Oklahoma. "And I ultimately don t think that s just Trump s decision -- America sees Turkey as much more important to its interests," Landis said. "And (Turkish President Recep Tayyip) Erdogan understood that," he continued.

"That s why he kept on escalating on the border and threatening to invade, because he understood that when push comes to shove, the United States was not going to declare war on Turkey for the Kurds."

US Army Secretary Ryan McCarthy was asked on Monday about the reactions of US soldiers upset with the betrayal of the Kurds, their allies in the fight against the Islamic State caliphate.

"You have to take the time to explain to your soldiers about the complexity of the situation," McCarthy told a conference.

He noted that the United States has partnered with both the Kurds and the Turks and that the two have historically had "challenges."

"When the partners have different equities, you have to take the time to explain the differences between soldiers and the choices that we have to make at the national level," McCarthy said.

McCarthy was essentially acknowledging what US military officials have long said in private -- that when it came to the Kurds and Turkey, where the US has several strategic military bases, the choice was always going to be Ankara.

While denouncing the Turkish incursion into Syria as "unacceptable" and "irresponsible," Defense Secretary Mark Esper told "Fox News Sunday" that the United States "didn t sign up to fight Turkey, a longstanding NATO ally, on behalf of the SDF."

"This conflict has roots that go back 200 years," he added in a reference to Turkey s longstanding strife with its Kurdish minority.

The Pentagon chief, in a statement on Monday, said the Turkish invasion had "damaged" the US-Turkey relationship and he would travel to Brussels next week to consult with NATO allies on a collective response.

Despite the tensions and US sanctions threats, the important US-Turkish military alliance does not appear to be in imminent danger.

According to the American Security Project, the United States has 50 tactical nuclear weapons at the Incirlik military base in Turkey, which has served as a staging point for US operations against the Islamic State group.

Steven Cook, a senior fellow for Middle East and Africa studies at the Council on Foreign Relations, said the United States is being squeezed by the historical Turkish animosity towards the Kurds.

"The problem is that the Turkish government regards the YPG, the People s Protection Units, as inextricably linked with a Turkish Kurdish group called the Kurdistan Workers Party (PKK)," Cook explained.

"And the PKK has been waging a terrorist campaign against Turkey since the mid-1980s," he said. "The Turks have been outraged by the American relationship with the YPG/PKK.

"And Erdogan has come under significant pressure at home to finally do something about it," he said.

"I think the relationship with the YPG came about out of circumstance and that is because the United States went looking for allies in the battlefield against the Islamic State," Cook said.

It was the United States, in fact, that suggested that the YPG change its name when US troops joined up with the Kurdish force in 2015 to do battle against the Islamic State group.

"We literally played back to them that you ve got to change your brand," Thomas said. "What do you want to call yourselves besides the YPG? "They declared that they were the Syrian Democratic Forces," he said. "I thought it was a stroke of brilliance to put democracy in there somewhere. "It gave them a little bit of credibility," he said.