US piles pressure on Turkey over offensive in Syria 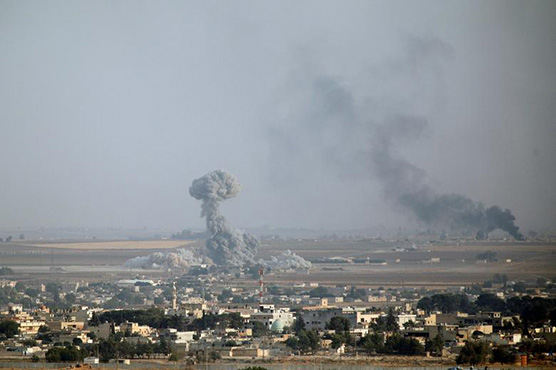 US piles pressure on Turkey over offensive in Syria

The United States was moving to quash accusations of mixed messages and policy reversals over Turkey’s offensive into northeastern Syria, which began after Trump ordered US troops to pull back from the border.

Turkey is targeting the Kurdish-led Syrian Democratic Forces (SDF), a key US ally in the five-year battle to crush the Islamic State group. The SDF lost 11,000 fighters in the US-led campaign.

Esper "strongly encouraged" Turkey to halt the offensive, warning of "serious consequences," adding that he and Joint Chiefs Chairman Mark Milley had spoken directly to their Turkish counterparts.

Democrats and Republicans in Congress have united to back sanctions on Turkey if it launches a full assault on the SDF.

The series of US statements contrasted sharply with wayward signals sent by Washington since Trump said last Sunday that he expected Turkish troops to begin attacking.

Erdogan wants to create a buffer zone between the border and territory controlled by Syrian Kurdish forces, who have links with Turkey’s own Kurdish rebels.

US seeks to curb Turkey

The US president initially voiced understanding of Turkey’s wish to launch the offensive before later warning that the operation should be "humane" and offering to mediate.

He had come under heavy criticism, even among usually steadfast Republicans, over what many saw as the blatant betrayal of a faithful US ally.

But the choreographed US diplomatic effort to compel Turkey to minimize its offensive may have little impact on the ground.

Erdogan on Friday swiftly dismissed Esper’s call for Turkey to stop the offensive.

"Now there are threats coming from left and right, telling us to stop this," Erdogan said. "We will not step back."

Turkish forces pressed ahead on Friday, battling to seize towns on the third day of the operation that has forced 100,000 civilians to flee.

"I have yet no indication that they are willing to stop," Esper admitted.

Turkey has launched mostly air and artillery attacks on the SDF and had only used "limited" ground forces, according to US military chiefs.

The Turkish action has not yet breached any "red lines" set by Trump, though details of the criteria remain unclear.

"We don’t want them killing a lot of people... if we have to use sanctions we will," Trump said on Friday, giving no further details.

A few hours later, the Pentagon confirmed that US troops near the northern Syrian border came under artillery fire from Turkish positions.

No US personnel were hurt, but Pentagon spokesman Navy Captain Brook DeWalt warned Ankara against "actions that could result in immediate defensive action."

The Syrian Observatory for Human Rights said Friday that the civilian death toll was 17 on the Syrian side, while 17 have also been killed in Turkey.

According to the Observatory, 54 fighters from the SDF have also been killed while Turkey has reported the deaths of four soldiers.

"Every concern I had about President Trump’s Syria decision is coming true in spades," said Lindsey Graham, a loyal Republican senator and a leading voice on US foreign policy.

The offensive, the third such Turkish operation since the start of the war in Syria, has been met with fierce international condemnation.

But Trump has portrayed his decision to pull back troops as part of his election pledge to end US involvement in "ridiculous endless wars."