US, Taliban keep open door to talks after summit scrapped 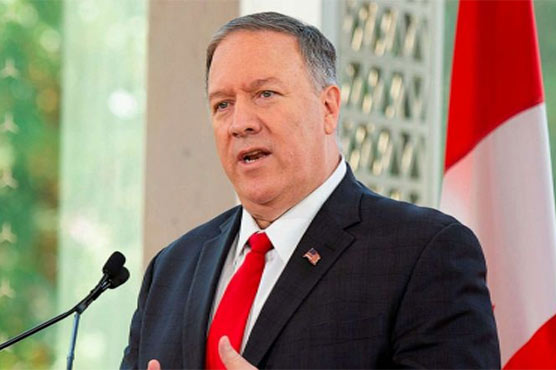 US, Taliban keep open door to talks after summit scrapped

The United States and Afghanistan's Taliban on Sunday both left the door open to fresh talks.

WASHINGTON (AFP) - The United States and Afghanistan s Taliban on Sunday both left the door open to fresh talks after President Donald Trump abruptly canceled a secret summit, but the insurgents threatened to inflict greater costs.

Washington also said it would not relent in fighting the militants after Trump blamed the scuttling of the unprecedented meeting on a Taliban attack that killed a US soldier.

Trump said he had invited Taliban leaders and Afghan President Ashraf Ghani for talks Sunday at the Camp David presidential retreat on a draft deal that would see the United States withdraw thousands of troops and wind down its longest-ever war.

In a series of television interviews, Secretary of State Mike Pompeo did not rule out a return to talks but said the United States needed a "significant commitment" from the Taliban.

"I m not pessimistic," Pompeo told NBC. "I ve watched the Taliban do things and say things they ve not been permitted to do before."

"I hope it s the case the Taliban will change their behavior, will recommit to the things that we ve been talking to them about for months," he said on ABC.

"In the end, this will be resolved through a series of conversations," he added, urging the Taliban to drop their long-running refusal to negotiate with Ghani s internationally recognized government.

He said that Trump had not decided whether to go ahead with a withdrawal, which under the draft deal would pull 5,000 of the roughly 13,000 US troops from Afghanistan next year.

But Pompeo warned that the United States was "not going to reduce the pressure" on the Taliban, saying US forces had killed more than 1,000 insurgents in the past 10 days alone.

Veteran US negotiator Zalmay Khalilzad had spent a year meeting with the Taliban, who said that Trump showed "neither experience nor patience."

"Americans will be harmed more than any other" by Trump s decision, warned a statement by the group s spokesman Zabihullah Mujahid.

But he added that the Taliban still believed "that the American side will come back to this position" of talks that seek "the complete end of the occupation."

The office of Ghani, whose government is rejected by the Taliban as illegitimate, cautiously saluted the "sincere efforts of its allies" after Trump called off the summit.

The Afghan presidency in a statement also insisted that "real peace can only be achieved if the Taliban stop killing Afghans and accept a ceasefire, and face-to-face talks with the Afghan government."

Trump s dramatic about-face came weeks ahead of Afghanistan s presidential elections, raising fears that the Taliban will step up their campaign of violence to disrupt voting.

The would-be talks angered even some allies of Trump, who noted that the Taliban would be visiting three days before the 18th anniversary of the September 11 attacks, which triggered the US invasion of Afghanistan.

"Camp David is where America s leaders met to plan our response after Al-Qaeda, supported by the Taliban, killed 3,000 Americans on 9/11. No member of the Taliban should set foot there. Ever," tweeted Liz Cheney, a Republican congresswoman and daughter of former vice president Dick Cheney.

Considering Trump s penchant for bombast, some questioned if the summit was even set to take place.

Islamabad, meanwhile, urged both sides to "re-engage to find (a) negotiated peace from the ongoing political settlement process."

"Pakistan looks for optimized engagement following (the) earliest resumption of talks," the foreign ministry said in a statement.

Afghanistan s neighbor Iran -- which historically has opposed the Taliban and has tense relations with the United States -- said it was "gravely concerned."