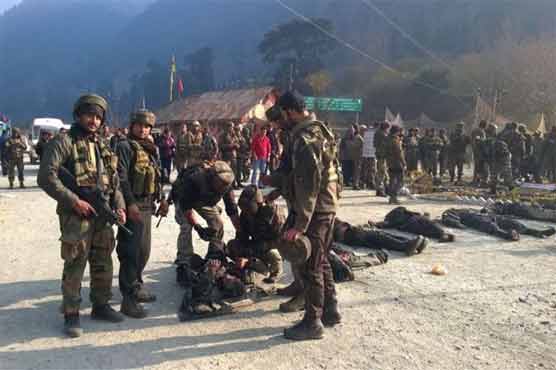 The youth were killed by Indian troops during a so-called cordon and search operation.

The youth were killed by Indian troops of 34-Rashtriya Rifles, Central Reserve Police Force and Special Operation Group during so-called cordon and search operation at Batagund in Kapran area of the district. A house was also destroyed in the firing by the troops, the sources reported.

A senior Police official talking to media men claimed that six militants have been killed while four bodies were recovered, earlier and two more were found from debris of the destroyed house.

However, the officer said that the identity of the youth is yet to be ascertained while the operation is going on.

The authorities also suspended internet services in Shopian and other areas of the south Kashmir.