'No progress' in ending Saudi-Qatar feud despite talks in US 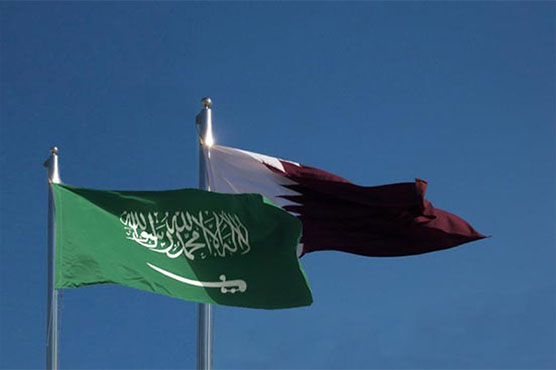 'No progress' in ending Saudi-Qatar feud despite talks in US

NEW YORK (AFP) - US Secretary of State Mike Pompeo brought the foreign ministers of Saudi Arabia and Qatar together Friday for the first time since their diplomatic feud erupted but there was no sign of a let-up in tensions between the Gulf powerhouses.

At the start of a meeting with counterparts from the six-nation Gulf Cooperation Council (GCC) along with allies Egypt and Jordan, Pompeo said that those present had "a shared interest in a wide range of security issues."

But speaking to reporters later, Qatar s foreign minister said there had been "no progress" in resolving the more than year-long dispute with Saudi Arabia.

He insisted that the gas-rich state remained "open to dialogue" with the Saudis and its allies.

"We are grateful for the efforts President Donald Trump makes to try solving this crisis but the responses from the blockade countries are not positive," said Mohammed bin Abdulrahman Al-Thani.

The United States said that all the countries found common cause against Iran, Saudi Arabia s archrival which the Trump administration has been seeking to isolate.

"All participants agreed on the need to confront threats from Iran directed at the region and the United States," the State Department said in a statement.

In apparent reference to Saudi Arabia and Qatar, the statement called for forging greater cooperation in the Middle East "anchored by a united GCC" which could "advance prosperity, security and stability in the region."

Saudi Arabia -- along with its Gulf allies, the United Arab Emirates and Bahrain -- cut diplomatic and trade ties with Qatar in June 2017, accusing it of supporting terrorism and being too close to Iran.

The rift has proved a strategic headache for Washington as Qatar provides the main headquarters in the region for the US Central Command, while Bahrain is home to the US Fifth Fleet and Saudi Arabia has long been one of its key allies in the region.

Kuwait has led mediation efforts in the crisis, which so far have made little tangible progress.