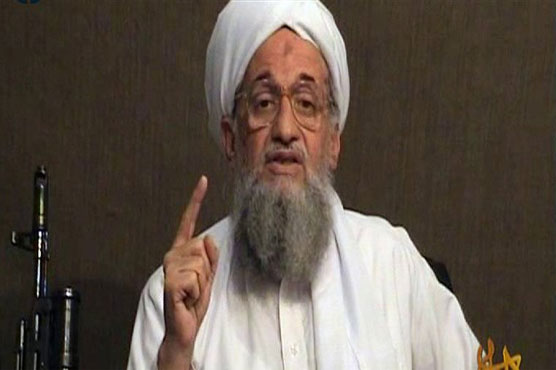 WASHINGTON (AFP) - Al-Qaeda leader Ayman al-Zawahiri on Sunday said America s decision to shift its Israeli embassy to Jerusalem was evidence that negotiations and "appeasement" have failed Palestinians as he urged Muslims carry out jihad against the United States.

In a five-minute video entitled "Tel Aviv is Also a Land of Muslims," the Egyptian doctor who took charge of the global terror group after its founder Osama bin Laden was killed in 2011 referred to the Palestinian Authority as the "sellers of Palestine" while urging followers to take up arms.

US President Donald Trump "was clear and explicit, and he revealed the true face of the modern Crusade, where standing down and appeasement does not work with them, but only resistance through the call and jihad," Zawahiri said, according to a transcript provided by the SITE monitoring agency.

He added that Bin Laden had declared the US "the first enemy of the Muslims, and swore that it will not dream of security until it is lived in reality in Palestine, and until all the armies of disbelief leave the land of Muhammad."

He argued that Islamic countries had failed to act in Muslims  interests by entering into the United Nations, which recognizes Israel, and submitting to Security Council and General Assembly resolutions instead of sharia (Islamic law).

Israelis were basking in national pride and pro-American fervor Sunday as tens of thousands marched in Jerusalem, a day ahead of the controversial US embassy move from Tel Aviv to the disputed city.

Palestinians readied for their own protests on Monday over the embassy s inauguration, including another mass demonstration in the Gaza Strip near the border with Israel.

The embassy move will take place on the 70th anniversary of Israel s founding, while the following day Palestinians will mark the Nakba, or "catastrophe", commemorating the more than 700,000 Palestinians who fled or were expelled in the 1948 war surrounding Israel s creation.

Top US officials have meanwhile insisted they could still push forward the troubled peace process despite outrage across the Arab world.

Asked in an interview with Fox News Sunday about whether there was any life left in the peace process, Secretary of State Mike Pompeo responded by saying "the peace process is most decidedly not dead."

"We re hard at work on it. We hope we can achieve a successful outcome there as well," said Pompeo whose first two weeks in office have been largely consumed with arranging a summit between Trump and North Korean leader Kim Jong Un.