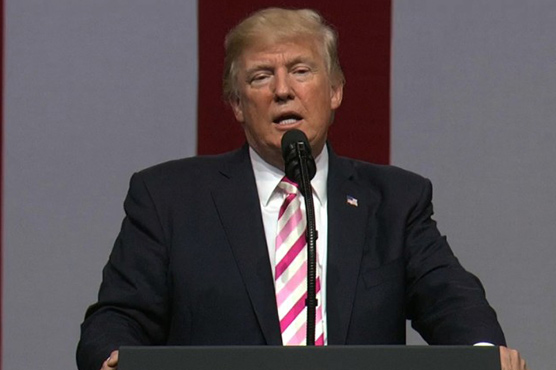 WASHINGTON (AFP) - US President Donald Trump won t be part of the group testing the expanded character limit for messages on the Twitter the social network.

"He s not in the test group," Twitter co-founder Biz Stone said in a tweet Tuesday, after a flurry of comments following the announcement of a test allowing some users up to 280 characters, or twice the current maximum.

Stone was responding to a comment from one Twitter user who commented sarcastically: "Thank u @biz and @jack (chief executive Jack Dorsey) for giving Donald Trump two times more space instead of addressing the mess he was already doing with 140 characters."

Trump has used Twitter as a platform for major policy announcements as well as for spontaneous, and sometimes incendiary, remarks on various topics.

In the past week, debate has swirled over whether Trump s tweeting about North Korea -- including a comment where he said its leader "won t be around much longer" violated Twitter s terms of service banning threats of violence.

Twitter responded with a pledge to review its policy while noting that "newsworthiness" and public interest must be considered in deciding whether to take down a tweet.

Many Twitter users took to the platform to criticize the new limits, with some particularly harsh words for Trump.

"Giving Trump 280 characters to play with is practically begging for an international incident," one user wrote.

Another user commented: "With 280 characters now trump can start a nuclear war and a war with the NFL in one tweet. What a time to be alive."

Twitter said a small number of users will be given the expanded limit before a decision is made on whether to roll out the change broadly.