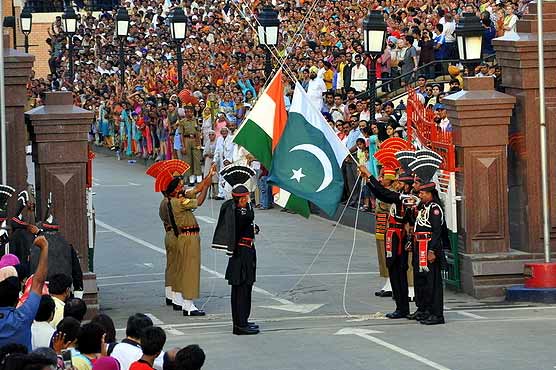 Raghu Raman declared CPEC a win-win for China, Pakistan and a lose-lose for India

(Web Desk) – A recent blog posted by former Indian soldier advocates the idea of a peace policy with Pakistan. Raghu Raman, an ex-Indian captain and columnist, believes waging a war with Pakistan is not an option for India.

He maintained that India would not ‘win’ the war against Pakistan, adding criticism against the war mongering elements within the arch-rivals. The columnist noticed that several quarters in India demand an ‘ultimate solution’ of Kashmir issue and Pakistan with a war. He argued the demand lacks politico-military reality.

“India cannot ‘win’ a war against Pakistan … The demands for a ‘once and for all’ resolution of Kashmir/Pakistan emanating from several quarters – equating India’s non-retaliation with impotence –perhaps don’t factor the larger picture and the stark truth of modern military warfare,” Raghu Raman wrote in his article "Why war with Pakistan – is not an option".

While defending his case, the writer presented a number of arguments. He said India has more weapons and soldiers, however, a large part of the Indian military is busy countering freedom struggle in Kashmir and other regions. “Pakistan has successfully locked down over 30% of our Army in internal counter insurgency roles,” he said. Also, It is mentioned in his article Indian Army is countering freedom struggle in the North East region which borders with China. He considered decades of neglect and the massive infrastructure built by China as the two main causes of  insurgency  in India s North East.

Raghu Raman thinks Pakistan has ‘leveraged its geopolitical position more strategically than India’. He declared China-Pakistan Economic Corridor a strategic masterstroke, considering it a losing situation for India, adding that One Belt One Road is one such project by which any aggressive move by India against Pakistan would be taken as a threat to the economic interests of China.

He concluded the article calling OBOR an initiative of Asian development and saying India needs to tone down its ineffectual war rhetoric.