10 years on, lessons of Asian tsunami hit by 'disaster amnesia' 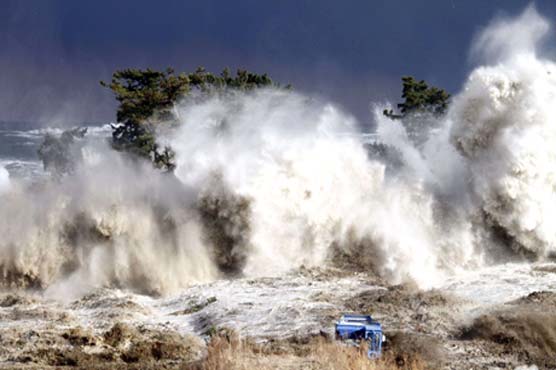 9.3-magnitude earthquake off Indonesia's western coast generated a series of massive waves in 2004.

PHUKET (AFP) - Ten years after the deadliest tsunami on record wrought destruction across the Indian Ocean, creeping complacency is undermining a hi-tech warning system designed to prevent another disaster of such shocking magnitude.

In the morning of December 26, 2004 a 9.3-magnitude earthquake off Indonesia s western coast generated a series of massive waves that killed more than 220,000 people across 14 countries as far apart as Indonesia, Sri Lanka and Somalia.

Among the victims were thousands of foreign tourists, the majority enjoying the Christmas period on Thailand s sun-kissed southwest coast, spreading the horrors of the disaster to homes around the world.

There were no warning systems in place and not enough time for many people to find higher ground as the towering wave hit coastal areas. Others simply stared in awe and curiosity as the sea at first retreated, before rushing back as a wall of churning water.

As the 10th anniversary of the tsunami approaches, experts warn that the memory of that fateful day is fading, taking with it the appetite for disaster preparedness.

"When you forget, you don t prepare," said Margareta Wahlstroem, head of the UN Office for Disaster Risk Reduction, who played a leading role in organising the UN response and recovery efforts a decade ago.

"You relax, and that s dangerous... One of the big challenges in reducing disaster-risk is to keep alive this understanding."

It took around 20 minutes after the quake for the first waves -- some more than 35 metres (115 feet) high -- to hit the coast of Aceh, where the vast majority of Indonesia s 170,000 victims perished.

But it was about two hours later that the tsunami cut into Thailand as well as India and Sri Lanka.

"We were flying blind, without any kind of sensors in the Indian Ocean," Charles McCreery, director of the US government s Pacific Tsunami Warning Center, told a recent conference in Jakarta.

After "100 years of calm" there have been six quakes of 7.9 or above in the Indian Ocean since 2004 in a period of "heightened activity", according to McCreery.

To prevent avoidable losses again, the Indian Ocean Tsunami Warning System -- spanning the ocean and monitored by hubs in Indonesia, Australia and India -- began operations in 2011.

This network of tidal gauges, deep ocean buoys and seismic monitors is used to warn other countries in the region of impending tsunamis.

Twenty-four countries around the Indian Ocean have also set up their own national warning centres.

Thailand, which saw 5,395 people killed by the disaster -- half of them foreign tourists -- runs a 24-hour monitoring hub linked by satellite to 129 warning towers in the six tsunami-hit provinces alone.

A giant wave would trigger sirens and announcements in several languages through the towers, and send alerts via SMS to a network of officials in order to begin evacuations.

But on Thailand s Patong beach, in the tourist haven of Phuket, the paint is peeling off the orange warning tower that looms over hundreds of sunbathing holidaymakers.

And on Khao Lak, a nearby coastal resort area flattened by the tsunami, the signs urging people to run to higher ground have faded.

Yet population density has continued to rise along coastal areas as developers build in lucrative but high-risk shore-front areas.

The early warning systems are a big leap forward but are not enough on their own, said Professor Kerry Sieh of Nanyang Technological University in Singapore.

"It has to come with education and adequate infrastructure," he said, pointing to the importance of measures such as planning wider roads for evacuation.

Japan has invested in some of the best warning systems and tsunami awareness drives, which were tested in 2011 when an earthquake triggered a tsunami that killed more than 18,000.

Sieh says "the preparations the Japanese made were enormous and paid off" as without them there would have been a much higher toll.

The new Indian Ocean system was touted as a success two years ago when countries at risk were alerted of a potential tsunami within 12 minutes of a giant quake off Sumatra.

There was no tsunami but text alerts, sirens and evacuation drills in Aceh and Thailand fell into place.

School education campaigns have helped raise awareness among children but adults have complained about drills and "are reluctant to educate future generations", said Muhammad Dirhamsyah, an official from Aceh s disaster agency.

But Mathias Mann, laying flowers in memory of a German colleague at a cemetery for the tsunami dead in Thailand s Phang Nga province, said that remembrance was vital.

"I think it s very important to remember what happened -- for safety reasons." he said. "Most people want to forget. I can understand."

Cold, foggy weather to persist in plain areas of Punjab this week