Germany eyes overhauled US partnership in talks on spy row 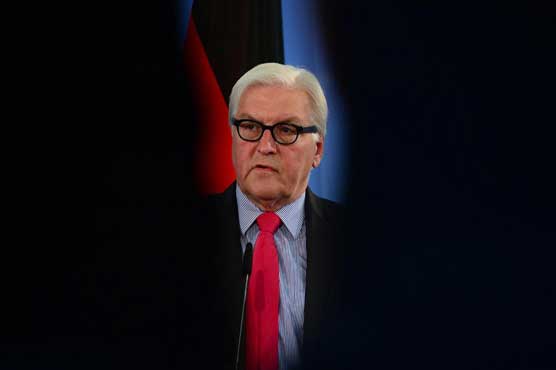 German FM Frank-Walter Steinmeier said he would tackle the diplomatic fallout from the latest twist.

BERLIN (AFP) - Germany s top diplomat said Friday he would urge a revived US partnership based on "trust and mutual respect" in talks with his American counterpart after Berlin s expulsion of a CIA station chief in a spying row.

Foreign Minister Frank-Walter Steinmeier said he would tackle the diplomatic fallout from the latest twist in a more than year-long rift with the US over surveillance when he meets US Secretary of State John Kerry for weekend talks on Iran.

The shock move to kick out the US embassy intelligence chief Thursday followed the emergence of two alleged United States spying cases within days of each other, re-igniting German fury already on a low boil from last year s NSA scandal.

Analysts said the highly unusual move, which came after the US ambassador was twice called in for talks, marked a watershed in German-US ties, with an openly rattled Berlin now ready to publicly take a stand against its NATO ally.

Steinmeier said that Germany s partnership with the US was vital and, with escalating violence in hotspots such as Ukraine and the Middle East, transatlantic cooperation was needed more than ever.

But he cautioned it must be based "not just on trust, but also on mutual respect".

"We want to revive our partnership and friendship on an honest basis. In any case, we re ready for that," he told reporters.

That would be his message, he said, when he and top US diplomat Kerry both attend international talks in Vienna this weekend on the ongoing nuclear talks with Iran.

Steinmeier made no attempt to play down the expulsion, which he termed "the right decision, a necessary step and an appropriate reaction to the breach of trust".

Washington has refused so far to break its silence on the spat with Europe s biggest economy, which has launched two probes in the last week into suspected US spying.

German police this week searched the Berlin-area home and office of a man who, local media reported, is a German defence ministry employee accused of passing secrets to the United States.

It followed news last Friday that a 31-year-old German BND foreign intelligence service operative had been arrested on suspicion of having sold over 200 documents to the CIA.

Germany has sought a "no spying" pact with Washington similar to US agreements with Britain, Australia, New Zealand and Canada, but the US government balked at a deal that could set a precedent for others.

On Thursday, White House spokesman Josh Earnest said that any "comment on any reported intelligence acts would put at risk US assets, US personnel and United States national security."

Washington was speaking to Berlin through diplomatic, intelligence and law enforcement channels, he said.

Hans Kundnani, research director at the European Council on Foreign Relations, said the US was unlikely to retaliate or react dramatically.

"The expulsion is seen in the US as a symbolic action by Germany," he told AFP.

"Still, it will affect the German-US relationship because it is a quite dramatic step to publicly ask the CIA station chief to leave."

The liberal daily Sueddeutsche Zeitung said ex-chancellor Gerhard Schroeder s "No" to the Iraq war 12 years ago was a "first step" in signalling independence towards the US.

"Now comes the next step," the Munich-based daily said. "It was overdue."