Racehorse runs and wins without a jockey 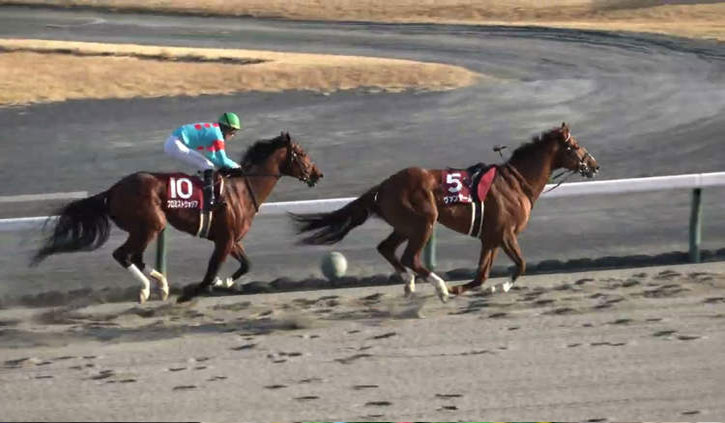 Racehorse runs and wins without a jockey

The clip of Vanyar’s win went viral not only in Japan, but also in South Korea and other Asian count

JAPAN (Web Desk) - Vanyar, the no.5 horse in the Tokay Stakes 2023 horse race, was disqualified from the competition, even though he crossed the finish line first and technically won. Those are the rules when a racehorse loses its jockey during a race, but that takes nothing away from the horse, on the contrary, it only makes its achievement that much more impressive.

This year’s Tokay Stakes race was held on January 22nd. It was the first dirt race of the year, with most other important competitions taking place on grass. Right out of the gate, Vanyar’s jockey loses their balance and falls off. That sort of thing happens all the time, and in vast majority of cases, with no one to control it, the horse just goes off course and leaves the race track on its own, but not in this case.

Although Vanyar can be seen lagging behind after the fall of its jockey, as the race progresses, the horse can be seen moving up in the pack until it ends up in contention to win. The commentators take notice as well and they get all excited on the final stretch when Vanyar somehow digs deep and crosses the finish line first.

You can even see the desperate jockey of the runner-up (technically, the winner) hitting the horse to get it to run faster, but Vanyar is a horse on a mission and will not be denied.

Watching the clip of Vanyar’s unlikely victory several times, I was amazed by how well the animal paced itself all through the race, only stepping on the gas in the final stretch, and then slowing down right after crossing the finish line. Then, it just casually made its way to the exit, as if guided by an invisible jockey.

The clip of Vanyar’s win went viral not only in Japan, but also in South Korea and other Asian countries. And for good reason, it’s not something you see every day.