Dog rescued from under rock pile at San Francisco beach 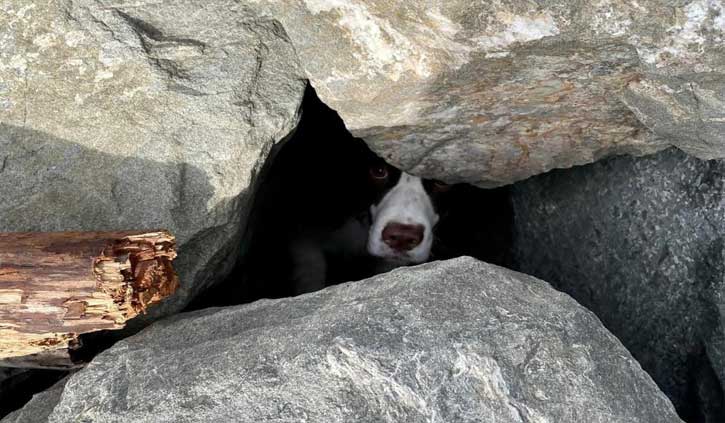 Dog rescued from under rock pile at San Francisco beach

It was unclear how Gwen came to be trapped under the rocks.

SAN FRANCISCO (Web Desk) - An animal control officer in San Francisco came to the rescue of a dog found trapped under a large pile of rocks near a beach shoreline.

San Francisco Animal Care and Control said in an Instagram post that a jogger running on Ocean Beach heard the sound of barking near a sewage treatment plant and discovered after some investigation that a springer spaniel was trapped underneath a pile of rocks.

Animal Care and Control Officer Carlos Ortega responded to the scene and became concerned about the dog s safety amid the rising tide.

Ortega was able to remove some of the large rocks and free the dog, who he was able to identify as Gwen, a 1-year-old that had earlier been reported missing by her owners. Ortega gave Gwen a ride to her home in Noe Valley.

San Francisco Animal Care and Control said it was unclear how Gwen came to be trapped under the rocks.

"Possibly, she dislodged a large rock, fell in, and the rock rolled on top," the department said. "However it happened, we re so glad she s now safe and sound at home!"