Organic chocolate made with a bicycle in Ivory Coast 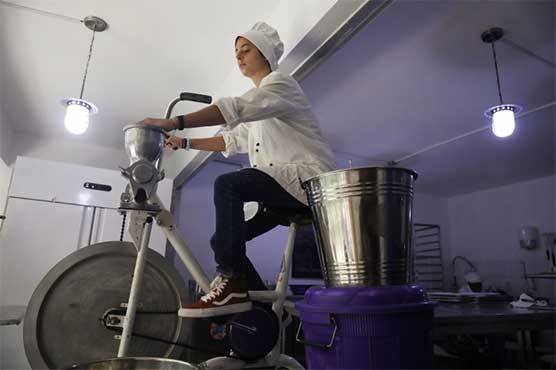 Organic chocolate made with a bicycle in Ivory Coast

Organic cocoa beans are difficult to find in Ivory Coast.

(Reuters) - In Ivory Coast, Dana Mroueh’s chocolate factory is a rarity - and not only because the world’s top cocoa grower produces precious little finished chocolate.

In the middle of the floor of her company Mon Choco’s factory sits a grinding bike, surrounded by large trays of carefully sorted cocoa beans. Poured in a funnel, beans are transformed into a paste by a grinder activated through pedaling.

Mroueh, a 40-year-old Ivorian of French-Lebanese descent, oversees the process from the time the beans are selected to when they are transformed into candies, producing organic and environmentally-friendly chocolate bars.

"The bicycle grinder is an opportunity for us to practice our eco-friendly philosophy. We really want to have a minimal impact on the environment by using minimal electricity, and combine it with a short work out which also makes it a playful process," said Mroueh. 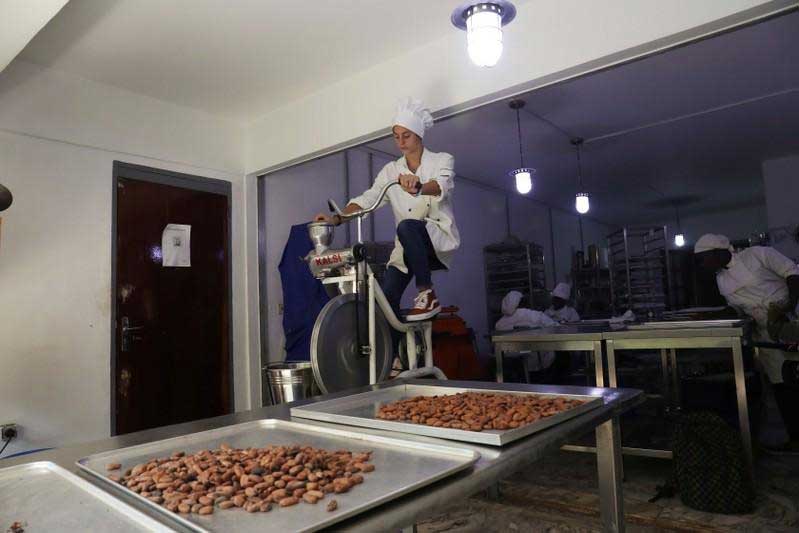 According to Mroueh, Mon Choco unique flavours lie in the fact that the beans are not roasted and have not added additives, which highlights the authentic taste of the raw bean.

"We are artisanal chocolatiers, so our process is manual, from the cocoa pods to the final product of packaging the chocolate tablets. One of our trademarks is that we do not roast the cocoa pods, we use raw chocolate. That enables the cocoa pods to retain its flavours and nutritional values. It’s richer in protein, it’s richer in anti-oxidants, and the taste is really different," Mroueh said as she kept an eye on the little team of employees in white coats sorting the beans.

The cocoa industry is threatening to the environment, including by contributing to deforestation, and environmental campaign groups say that Ivory Coast is at risk of losing all its forest cover by 2034.

But organic cocoa beans are difficult to find in Ivory Coast, where the overwhelming majority of farmers use chemicals and insecticides. 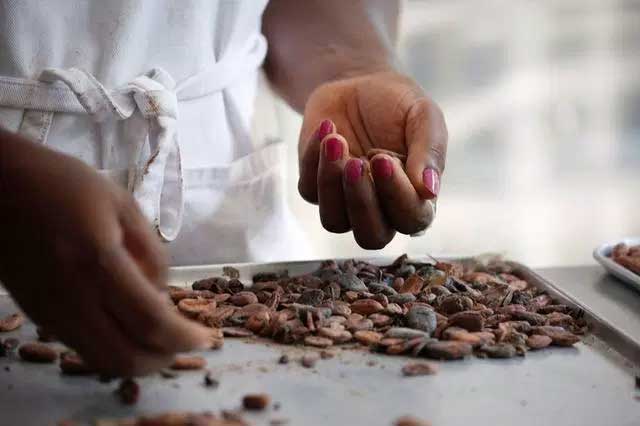 As a result, organic chocolate is expensive to produce and caters primarily to the European market. A single Mon Choco chocolate bar sells for around 1,500 CFA francs (US$2.60), out of reach for most local consumers.

But those who have tasted Mon Choco say they like the attention to detail that comes with these chocolates.

"I have been eating Mon Choco for a while now. I have tried different flavours from Mon Choco but the one I like best is ‘Nature’. I like taking it with my coffee. I can tell that Mon Choco is different from other chocolates, and I prefer Mon Choco because I can taste the cocoa," said one chocolate lover, Adama Traore.

Mon Choco and other initiatives of the same kind are developing in Ivory Coast but represent a niche market of only 5,000 tonnes of beans per year, in a country that produces over 2 million tonnes every year.