The buyer was a European who wished to remain anonymous, a spokesman for the auction house said

JERUSALEM, Oct 24, 2017 (AFP) - A note that Albert Einstein gave to a courier in Tokyo briefly describing his theory on happy living sold at auction in Jerusalem on Tuesday for $1.56 million, the auction house said.

The winning bid for the note far exceeded the pre-auction estimated price of between $5,000 and $8,000, according to the Winner s auction house website.

The buyer was a European who wished to remain anonymous, a spokesman for the auction house said. 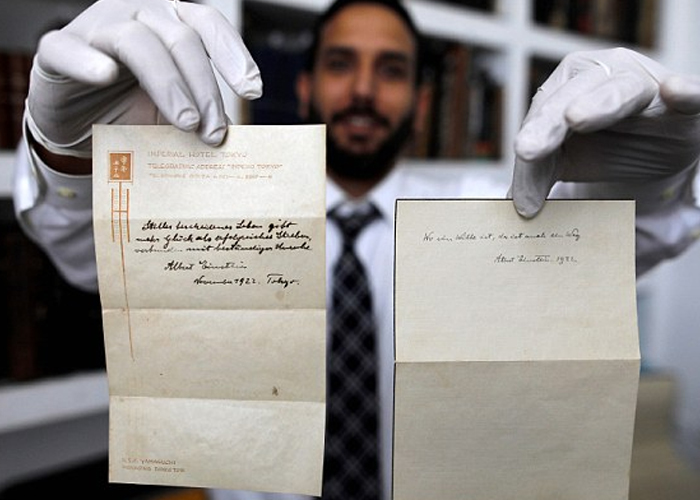 "I am really happy that there are people out there who are still interested in science and history and timeless deliveries in a world which is developing so fast," the seller told AFP on condition of anonymity after the sale.

The note, on the stationary of the Imperial Hotel Tokyo, says in German that "a quiet and modest life brings more joy than a pursuit of success bound with constant unrest."

A second Einstein note written at the same time that simply reads "where there s a will, there s a way" sold for $240,000, according to Winner s.