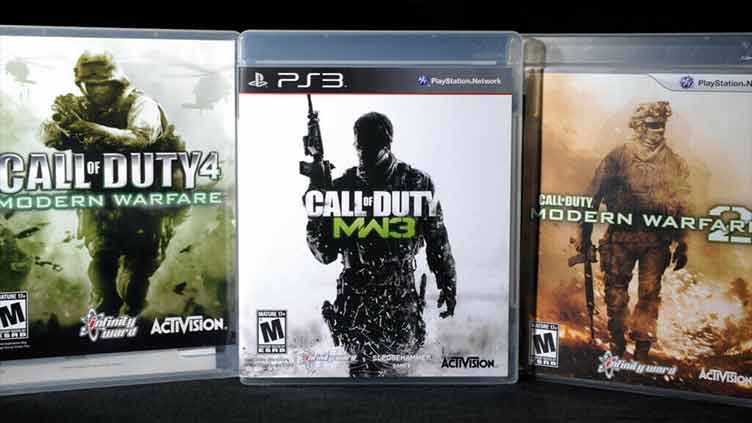 Tokyo (AFP) – The hugely popular "Call of Duty" game franchise will become available on Nintendo s Switch console if the acquisition of its developer goes ahead, a Microsoft executive said Wednesday.

The US tech giant is in the process of buying the game maker Activision Blizzard, but the huge $69-billion purchase has yet to be finalised while it is examined by antitrust authorities.

"Microsoft is committed to helping bring more games to more people -- however they choose to play," Xbox head Phil Spencer tweeted, in what analysts called an attempt to show competition would not be affected by the acquisition deal.

"Call of Duty" is a blazingly successful first-person shooter franchise with hordes of devotees that play it on Microsoft s Xbox consoles or Sony s PlayStation.

The games are also available on PC and mobile, as well as Nintendo s older Wii and DS consoles.

Spencer said Microsoft had "entered into a 10-year commitment to bring Call of Duty to Nintendo following the merger of Microsoft and Activision Blizzard King".

New titles in the series will also continue to be sold on Steam, a platform for downloading games, as soon as they are released on Xbox "after we have closed the merger", he added.

Serkan Toto of consulting agency Kantan Games told AFP that the timing of the announcement was "clearly a publicity stunt" linked to ongoing negotiations over the Activision purchase.

Nintendo s Switch, which was launched in 2017, had more than 110 million users in the past year.

"So if Activision was really interested in bringing  Call of Duty  to a Nintendo platform, to the Nintendo Switch, they could have done it three or four years ago," Toto said.

Earlier this week, Microsoft president Brad Smith wrote in a Wall Street Journal article that the company had offered to strike a new contract with Sony in a similar 10-year deal. However, Spencer told Bloomberg that Sony has so far rebuffed the offer.