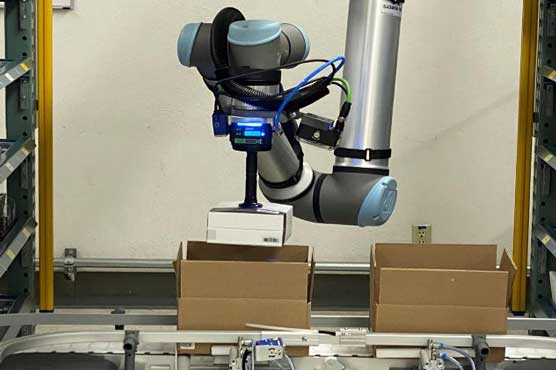 CHICAGO (Reuters) - While a resurgence in coronavirus cases in Texas has brought many businesses to a screeching halt, eight robots have kept All Axis Machining’s metal fabrication facility in Dallas humming.

The small, nimble robots perform multiple jobs, such as machine-tending, sanding, deburring, part inspection and laser marking, leaving owner Gary Kuzmin far less dependent on manual labor. When all the workers on one shift went into self-quarantine last month, it had no impact on the facility’s productivity.

All Kuzmin had to do was to move a couple of workers from other shifts to supervise the robots. “I have not lost any spindle time because of the pandemic,” he said.

Companies of all sizes are leaning on automation to keep factories running without compromising the health and safety of their workers. Half of the chief financial officers surveyed last month by PricewaterhouseCoopers said they were planning to accelerate automation.

With the U.S. economy grappling with a double-digit unemployment rate, however, industry’s rush to robots will fuel worries about semi-skilled or unskilled workers as low-paid, routine tasks become more likely to be automated.

“It is the most productive thing for us to have the robots,” said Kuzmin. “I don’t even look at a machine these days without thinking how I would automate it.”

Since August 2018, when All Axis Machining began using robots, its productivity has doubled with the same headcount. If not for the robots, the company would have needed to expand its staff of 30 by 50% to keep up with increase in demand.
“We are less dependent upon a semi-skilled employee,” said Kuzmin.

The pandemic has changed companies’ calculations about investments in automation, said Jeremie Capron, research chief at research and investment-advisory firm ROBO Global. “The cost of operating without a robot today in a factory is higher than it was pre-COVID,” he said.

Mark Muro, senior fellow and policy director at Washington-based the Brookings Institution, says the automation drive will result in a net reduction in the workforce as companies invest in technology not just for social distancing, but also to boost productivity and protect profits from the pandemic-induced recession.

“Technology has improved and gotten cheaper, and the financial pressure on companies is higher,” he said.

He noted, however, that since middle class and lower-paid workers tend to spend a larger share of their income than the higher-paid, it is important that productivity gains eventually result in more jobs.

“If there is... too little sharing of the gains of automation-supported growth, we will wind up with little economic activity,” Muro said.

The affordable cost of the so-called collaborative robots, or “cobots,” promises payback in months, making the changeover easier, even for small and medium-sized enterprises.

All Axis Machining, for example, spent $85,000 per robot and was able to recover the cost in five months. There are cheaper collaborative robots on the market, as well.

One of the most popular cobots sold by Denmark-based Universal Robots - a unit of Massachusetts-based Teradyne Inc. (TER.O) and a market leader in collaborative robotics technology - costs about $35,000, with a payback period of three to four months.

The robots are very easy to use, safe to be around and can easily be adapted to new tasks. It takes just hours to train employees to work with them, saving companies huge training expense.

Although they are not suited for heavy-duty jobs, they are designed to work alongside humans, making them the robots of choice in the age of social distancing.

California-based DCL Logistics, a third-party logistics company, decided to employ cobots to manage a 30% increase in orders in the immediate aftermath of the outbreak.

Normally, the company would have hired temporary workers to deal with the surge in orders. But bringing in new workers was fraught with safety risks, said Chief Revenue Officer Brian Tu. The robots have led to a 300% increase in productivity and a 60% jump in labor cost savings, Tu said.

DCL plans to deploy more cobots this year at its facilities in California and Kentucky.

At All Axis Machining, the cobots have allowed owner Kuzmin to stagger the shifts. The facility now runs three shifts seven days a week, with robots working the late night shift alone, without any roving inspector.

This has allowed workers in the facility to stay 30 feet apart from each other. Having seen the benefits, the company is automating its remaining machines as well.

Kuzmin, who also runs a robotics services company, says several Dallas-based manufacturers have approached him recently to install similar robots in their factories.

“Some companies... are talking about dozens and dozens of robots,” said Joe Campbell, senior manager of applications development at Universal Robots.

Still, the virus-induced recession is keeping many companies on the sidelines, wary of making new investments.

Tacoma, Washington-based Tool Gauge, which makes metal and plastic parts and assemblies for aerospace companies, including Boeing Co. (BA.N), planned to add two mobile industrial robots to its fleet of two cobots and 10 industrial robots before the novel coronavirus hammered the aviation industry.

But Tool Gauge put the robots on hold after a production shutdown at Boeing’s Washington state factories and an overall drop in orders, General Manager Jim Lee said. 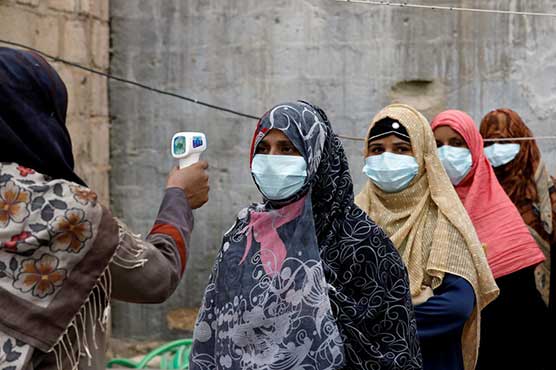 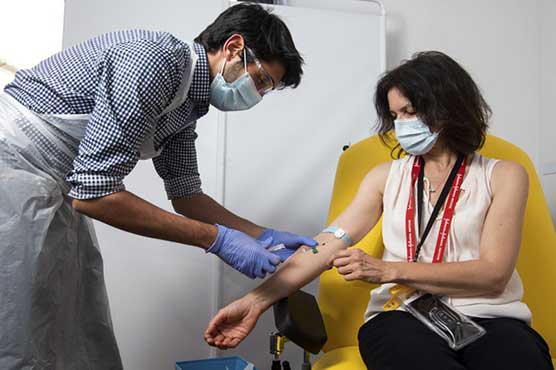 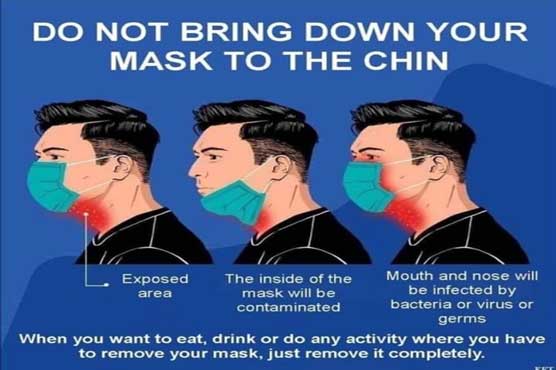 Do not bring down your mask to the Chin 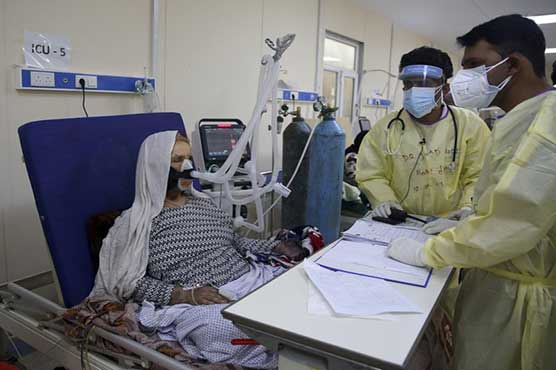