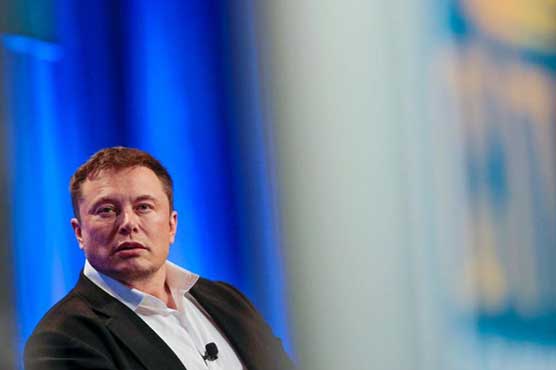 Tesla and SpaceX CEO Elon Musk participates in a "fireside chat" at the National League of Cities.

The SEC’s request potentially could reopen a turbulent chapter for the electric vehicle maker in which regulators last year accused Musk of fraud for making misleading tweets about plans to take the company private, and demanded that he be stripped of his CEO title.

Musk, Tesla and the SEC settled the lawsuit, and part of the settlement called for any material statements made by Musk on social media to be vetted in advance by the company.

In a court filing on Monday, the regulator pointed to a Musk Feb. 19 tweet: “Tesla made 0 cars in 2011, but will make around 500k in 2019,” noting that Musk did not seek or receive preapproval before publishing this tweet, which was inaccurate and disseminated to over 24 million people.

“Musk has thus violated the court’s final judgment by engaging in the very conduct that the preapproval provision of the final judgment was designed to prevent,” the SEC wrote in its motion filed on Monday in federal court in Manhattan.

Musk corrected his tweet four hours later to say that the “annualized production rate” at year-end 2019 would probably be about 500,000, with deliveries expected to be about 400,000.

The motion asks the judge to issue an order that would put the onus on Musk to show why he should not be held in contempt for violating the settlement.

Tesla did not immediately respond to a request for comment.

Tesla and Musk agreed in September to pay $20 million each to the SEC, and the billionaire stepped down as the company’s chairman but remained as chief executive. In the settlement, the agency pulled back from its original demand that Musk, who is synonymous with the Tesla brand, be barred from running Tesla, a sanction many investors said would be disastrous.

The settlement was approved by a U.S. judge in October, who can now decide whether its terms have been violated.

Musk provoked the SEC even after the settlement was signed, calling the agency the “Shortseller Enrichment Commission” on Twitter in October.

In a December interview with “60 Minutes,” Musk said none of his tweets had been censored since the settlement, and that only those that could cause Tesla stock to move would need to be reviewed.

“I want to be clear. I do not have respect for the SEC,” he said, adding that he respected the justice system.

In a response to the SEC’s demand for information regarding the Feb. 19 tweet, a lawyer for Tesla and Musk said the CEO’s tweet was meant to reiterate information already approved, then disseminated when the company released fourth-quarter earnings results in January.

Although the tweet was not pre-approved, the lawyer wrote, Musk believed its substance had been “appropriately vetted, pre-approved and publicly disseminated.” Moreover, the lawyer said, the statement was made outside of market trading hours.

It was not immediately clear what the repercussions would be were Musk to be found in contempt, as such a citation does not necessarily mean the original agreement is now null and void.

The SEC could seek a so-called bar order, removing him from Tesla’s board, or could ask for a lesser penalty, like a monetary fine, said Stephen Diamond, a professor of corporate governance at Santa Clara University.

The SEC could also ask the court to reopen the original settlement for renegotiation, he said, perhaps asking that the original charges be reinstated.

“It’s a pretty unusual situation,” Diamond said, adding that “all bets are off.”

Tesla’s board has added new members as part of the settlement, moves that some outsiders hope will increase oversight of Musk. Board member Robyn Denholm also was made chairwoman after Musk was stripped of that role, but she has not commented on the new incident.

Charles Elson, director of the corporate governance center at the University of Delaware, said Tesla’s board “needs to seriously reconsider the company’s relationship with Mr. Musk.”

“The board needs to act. End of story. And if they don’t, the question is how responsible are they?”