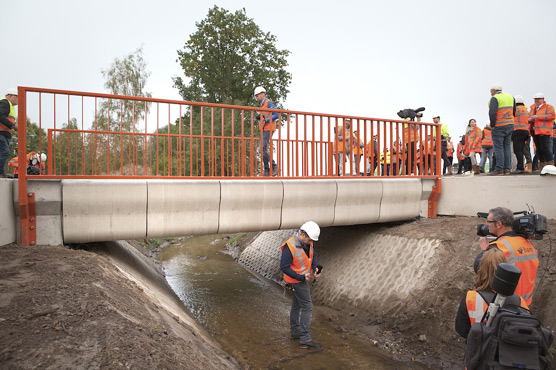 There was applause as officials wearing hard hats and workmen's jackets rode over the bridge on their bikes at the inauguration in the southeastern town of Gemert. Photo: BAM Infra

(AFP) - Dutch officials toasted on Tuesday the opening of what is being called the world s first 3D-printed concrete bridge, which is primarily meant to be used by cyclists.

There was applause as officials wearing hard hats and workmen s jackets rode over the bridge on their bikes at the inauguration in the southeastern town of Gemert. 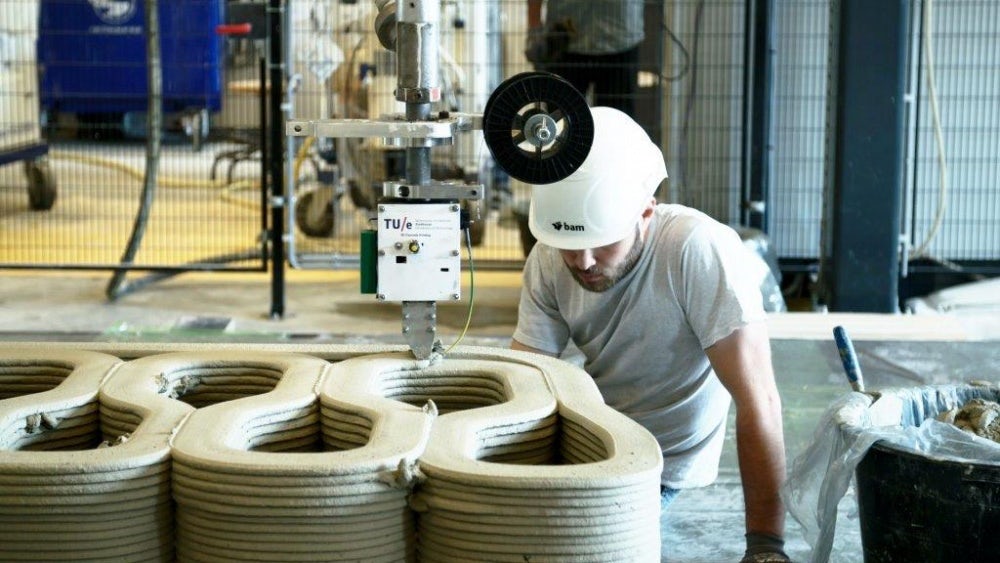 3D printing means cement can be applied only where it s required, reducing the need to build formwork structures and saving time, money and waste materials. Photo: BAM Infra

"The bridge is not very big, but it was rolled out by a printer which makes it unique," Theo Salet, from the Eindhoven University of Technology, told Dutch broadcaster NOS.

Work on printing the bridge, which has some 800 layers, took about three months after starting in June and it is made of reinforced, pre-stressed concrete, according to the university.

"One of the advantages of printing a bridge is that much less concrete is needed than in the conventional technique in which a mould is filled," it said on its website, adding "a printer deposits the concrete only where it is needed." 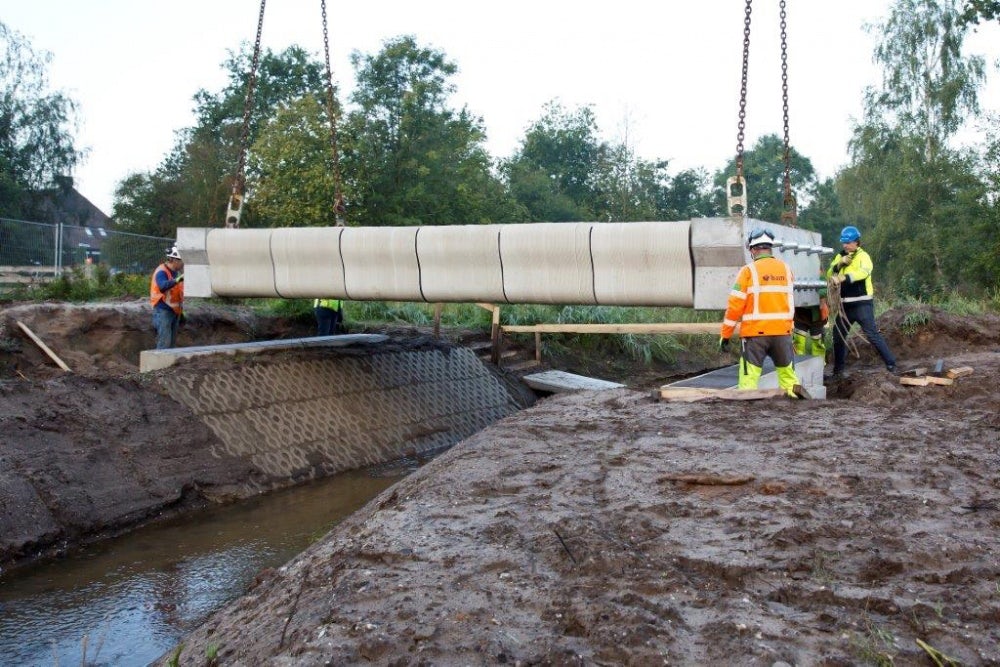 The bridge was printed in six pieces, which were then assembled on-site, glued together and hoisted into place. Photo: BAM Infra

The eight-metre (26-foot) bridge spans a water-filled ditch to connect two roads, and in conjunction with the BAM Infra construction company was tested for safety to bear loads of up to two tonnes. Although designed for bikes, it could take up to 40 trucks, the designers said.

"We are looking to the future," said the head of BAM, Marinus Schimmel, adding in a statement that his company was constantly "searching for a newer, smarter approach to addressing infrastructure issues and making a significant contribution to improving the mobility and sustainability of our society."

3D printing meant "fewer scarce resources were needed and there was significantly less waste," he added.

The Netherlands is among countries, with the United States and China, taking a lead in the cutting-edge technology of 3D printing, using computers and robotics to construct objects and structures from scratch without using traditional manpower.

Last year a Dutch architect unveiled a unique 3D printer with which he hopes to construct an "endless loop" building. 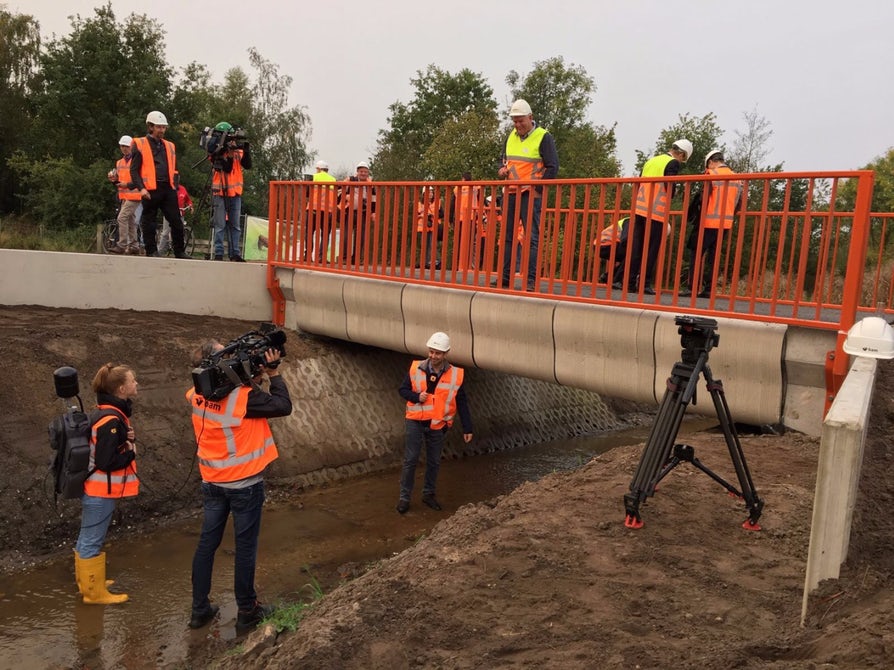 The 3D-printed bridge can support 5 tons, which is far more weight than it will need to support during normal operation as a cyclist bridge. Photo: BAM Infra

And a Dutch start-up called MX3D has begun printing a stainless-steel bridge, of which a third is already completed. The aim is to finish printing by March and lay the bridge over an Amsterdam canal in June.