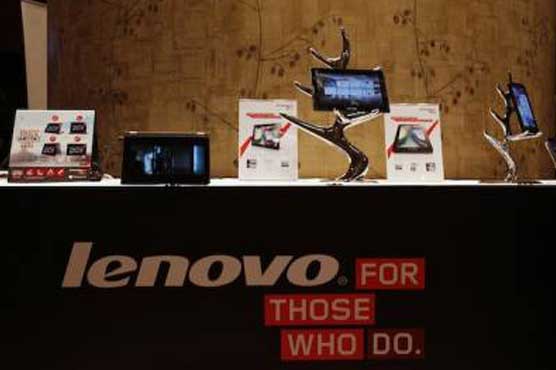 Lenovo has charted an impressive course in the personal computer market.

BEIJING (AFP) - In 1984, with only $25,000 in Chinese government funding and a dusty 20-square-metre bungalow as their headquarters, a small group of scientists in Beijing founded a firm called New Technology Developer Inc.

Thirty years later, the tech company -- which went on to become Legend and later, Lenovo -- is the world's biggest personal computer maker, and has just completed two major deals with IBM and Google that analysts say will help it to diversify away from the sagging PC market and boost its expansion overseas.

"Just as iPhones and iPads have overtaken Macs in commercial importance for Apple, smartphones and tablets are expected to replace PCs in part for Lenovo," said Dufour, who called the firm "the pioneer of Chinese companies' global offensive".

The back-to-back deals are all the more significant because of their timing, coming just as US President Barack Obama noted in his annual State of the Union address on Tuesday that "for the first time in over a decade, business leaders around the world have declared that China is no longer the world's number one place to invest; America is".

With Chinese investment in the US doubling to $14 billion in 2013, a larger and larger share of that capital is coming from America's rival across the Pacific -- a fact unmentioned by Obama in his speech.

From its humble beginnings, Lenovo has charted an impressive course in the personal computer market. Under its earlier name, Legend, it secured the biggest share in China's domestic market in 1996 and in the Asia-Pacific region three years later.

Its 2003 decision to change the name of its PC brand from Legend to Lenovo in a bid to boost its sales abroad marked the beginning of its ascent to global preeminence.

That move was followed by a successful 2004 bid to serve as the exclusive computing technology provider for the 2006 Turin Winter Olympics and the 2008 Beijing Games, making it the first Chinese firm to become a major Olympic sponsor.

But it was Lenovo's 2005 acquisition of IBM's PC division for $1.75 billion that cemented its rise, setting it on track to unseat Hewlett-Packard as the world's top PC vendor last year.

Lenovo now has PC products in more than 160 countries and has worked to build its global brand by recruiting celebrities such as basketball star Kobe Bryant and Hollywood actor Ashton Kutcher, who the company named a "product engineer" for its new Yoga Tablet device.

As it did after the 2005 IBM deal, however, it faces tough odds.

Lenovo is the number-two smartphone maker in China with a 12.5 percent market share in the third quarter of 2013, behind South Korea-based Samsung's 18.4 percent.

But globally, Lenovo ranked fifth in the same quarter, with only 4.5 percent market share. Its acquisition of Motorola is likely to bump it up to the No. 3 spot, Yang said, but it will remain well behind leaders Samsung and US tech giant Apple, with 31.3 percent and 15.3 percent, respectively.

Varun Goel, head of portfolio management services at Karvy Stock Broking, noted that while Lenovo has succeeded in the world of PCs, the smartphone market is "a very different ball game, with entrenched players like Apple and Samsung leading the fray".

"In the smartphone markets, Google's Android platform has been gaining strength. There is very little differentiation that Motorola's Android-powered phones currently have over Samsung, which uses the same platform."

"We are not sure if this acquisition will add long term value to Lenovo's shareholders," he added.

China's official Xinhua news agency had a more optimistic outlook. In a commentary published Thursday, it greeted Lenovo's Motorola purchase and said by expanding their global reach, Chinese companies seek to "bring about a win-win outcome".

"The amicable combination should ... be greeted by blessing rather than doubt by the world," it said, noting that Lenovo has pledged not to lay off any Motorola employees following the deal.